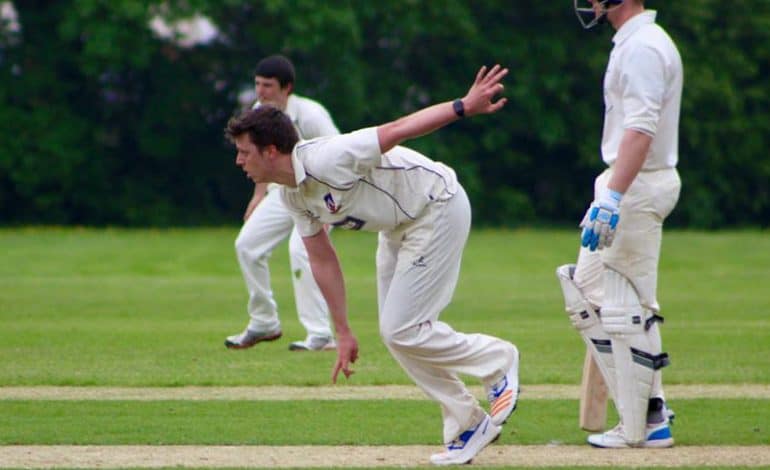 For the second time in four matches, Aycliffe totally dominated the game, but were unable to take the final wicket, so once again had to settle for a very frustrating draw away at Hartlepool 2nd XI.
On a positive note, captain Adam Randall followed up last week’s innings of 79 with another terrific innings, this time scoring 75 from 96 balls, hitting nine boundaries and two sixes in the process.
Opening bowler Michael Howe (pictured above, sponsored by Yvonne and Bob Wood) was in outstanding form with a seasonal best performance taking five Hartlepool wickets for 28 runs from his 13 over spell.
The draw moves Aycliffe up one place in the 2nd division table to 7th place with 71 points from six games played.

The second team’s home game with Northallerton 2nd XI in the NYSD 4th division on Saturday 22nd May was a victim of the weather and was abandoned without a ball being bowled.