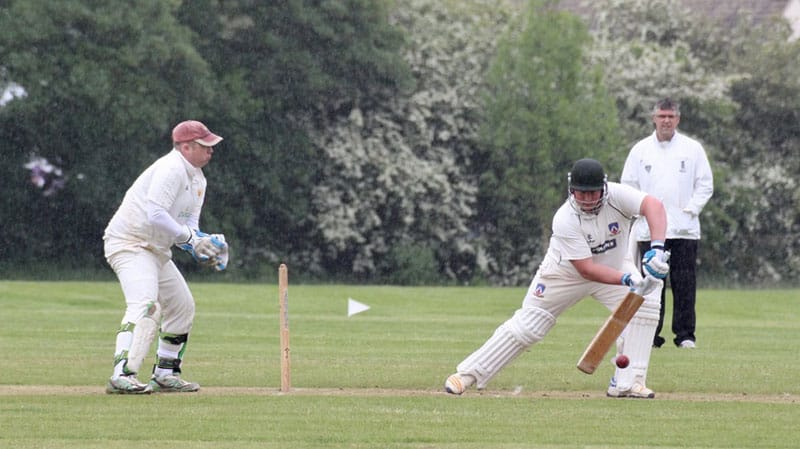 Aycliffe first team put in a much improved performance and were unlucky to finish with a two wicket defeat against Norton in a thrilling game at Moore Lane.

Chris Palmer (pictured above) rolled back the years with a vintage innings, top scoring with an aggressive 59 from just 50 balls faced. The Aycliffe club stalwart hit 11 boundaries and a huge six in his eye-catching innings.
Special mention must also go to all-rounder Jack Slatcher (sponsored by Tina and Dean Greaves) who scored his first half century for four years when he finished on 50 not out and he then also chipped in with two wickets for just 19 runs in the Norton reply.

The 2nd team set a new club record when they took to the field with the youngest ever team in the history of the club with an average age of just 17 years per player when they travelled to championship favourites Stockton 2nd XI in the NYSD 4th division.
Fourteen-year-old Thomas Dearden (sponsored by Kevin Burton) again shone with the bat and for the second consecutive week and set a new senior career best when he top scored with 34 from 68 balls.
However the Aycliffe youngsters were no match for their experienced counterparts and Stockton coasted to victory by 8 wickets to further extend their 2 year unbeaten run.