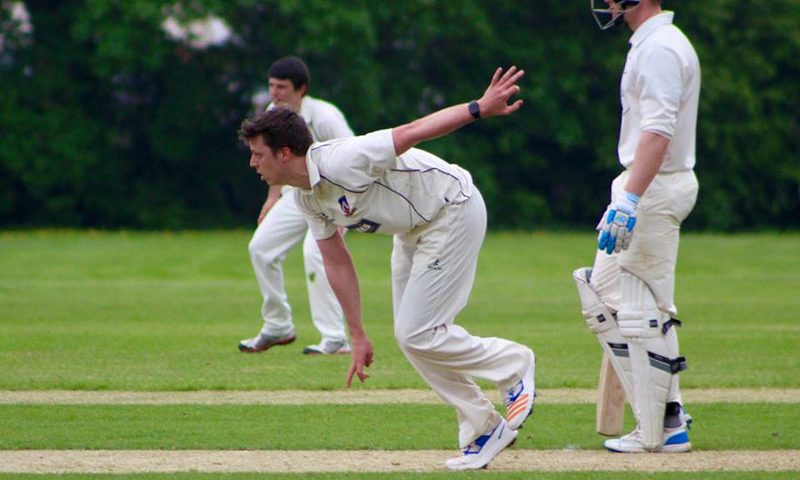 Aycliffe’s first team were well beaten by 113 runs away at Blackhall 1st XI. Michael Howe (pictured above, sponsored by Yvonne and Bob Wood) had a very welcome return to form as the Aycliffe all rounder bowled superbly taking 5 for 45 and then top scored in his sides reply with 21 runs from 19 balls and his innings included four boundaries.
The six points Aycliffe picked up from their defeat takes their points tally to 131 from 10 games played, but they drop two places to 7th in the NYSD 2nd division table with only one game remaining this season.

The 2nd team put in an excellent effort at home to second in the table Maltby, but were still defeated in a really good game by just 16 runs.
Joe Teasdale (sponsored by John Flinn Physiotherapy) had his best performance of the season for Aycliffe, firstly taking 2 for 37 with the ball and then top scoring with 39 from 59 balls faced when he batted and his innings included a boundary and three huge sixes.
The second team earned a creditable 8 points from their defeat and drop to 7th place with 109 points from 9 games played with only one game left to play this season.