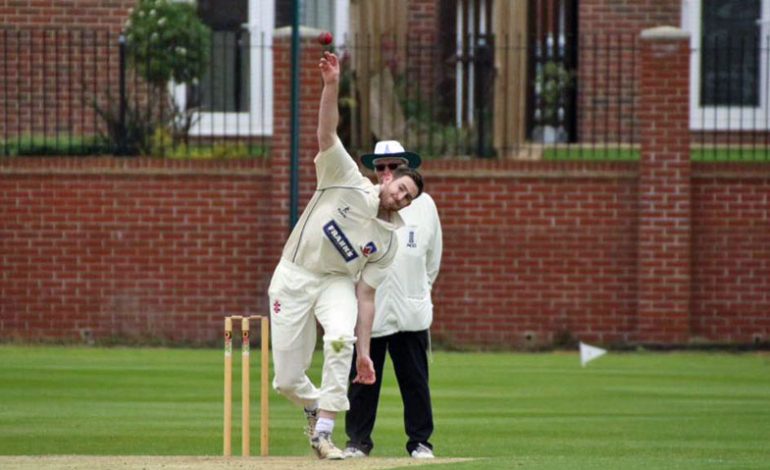 Aycliffe’s first team were defeated by six wickets away at an improved Norton 1st team. Captain Adam Randall (sponsored by DTS Joinery) batted well for Aycliffe when he top scored with a seasonal best 37 and his 91 ball innings included six boundaries. George Slatcher was the pick of the bowlers when the homeside replied, taking 2 for 22 from his six over spell.
This defeat see’s Aycliffe drop down the NYSD 2nd division table to 6th place with 54 points from four games played.

Newton Aycliffe 2nd XI 83 all out after 35 overs
Matty French 13 not out, Sean Morgan 13 and Thomas Dearden 10

The 2nd team put in a battling performance at home to near neighbours Sedgefield 2nd team, but still lost the game by four wickets.
Matty French batted well for Aycliffe with a dogged unbeaten 13 from 58 balls faced and he hit one boundary. In reply Aycliffe bowled superbly and made Sedgefield fight for every one of their 87 runs. Fast bowler Sean Morgan was again in devastating form taking four wickets for just 25 runs from his ten over spell.
The 2nds picked up five bonus points from this game and now have 41 points from their four league games and remain in 6th place in the NYSD 4th division table.