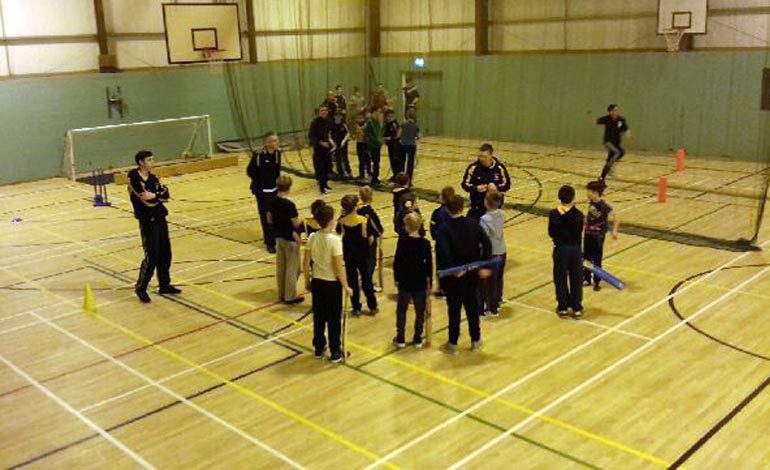 With Christmas now out of the way Newton Aycliffe Cricket Club have begun preparations for the new cricket season which gets underway in April.

Coaching is underway for junior academy players aged between 7 and 17 years with sessions taking place each Friday night at Woodham Academy Sports Hall between 5.30 and 7.00pm.

The club are always on the lookout for new players, both boys and girls, to join their Academy and anybody who is interested in playing cricket, or just joining in the fun coaching sessions, is invited to come along on a Friday evening.

Newton Aycliffe Cricket Club are thankful for the support given, this year, by County Durham Community Foundation and Durham County Council who have provided funding to subsidise the cost of the hall hire.

Newton Aycliffe Cricket Club run 6 teams from ages under 11 to senior level and are members of the North Yorkshire and South Durham ECB Premier Cricket League. At the leagues annual presentation dinner in November Newton Aycliffe were again awarded the NYSD Club of the Year Gold Award, the fourth consecutive year that they have been presented with the award.

They also hold ECB Clubmark and all coaches have undergone DBS safeguarding checks.

Further information about Newton Aycliffe Cricket Club or the Friday night coaching sessions can be obtained from the Club Secretary Lee Weldon on 01325 312424.