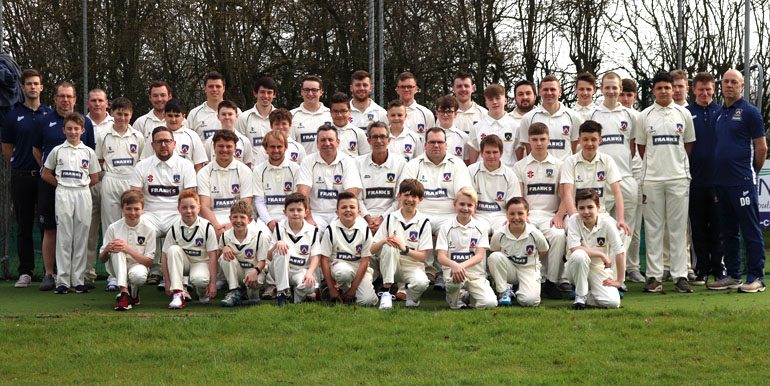 Newton Aycliffe Cricket Club are well into their preparations for the new season which kicks off on Saturday April 28 when the first team entertain Stokesley, while the second team make the short trip to Sedgefield.

The season was due to start on Saturday April 21 but, due to the recent wet weather which had hindered ground preparations, the league took the unusual decision to cancel the entire programme moving the opening day fixtures to a date later in the season.

Despite the wet weather preventing any outdoor practice Newton Aycliffe have been working hard since the New Year with indoor net sessions being held at Longfield School.

Training has been going well and the club are hoping for better performances than last season which saw them flirting with relegation right up until the last game of the season, when they did just enough to finish above the relegation zone.

This season the playing squad has been strengthened with the signing of four additional players.

Sam Telford, 2016 Player of the Year, has returned to the club after spending last season with Marsden CC, Dan Craggs and Lewis Gimple have signed from Durham City while Darryn Bancroft has signed from Richmondshire.

As well as the senior sides Newton Aycliffe have a thriving junior section playing competitive cricket from under 11 level as well as participating in All Stars Cricket which sees boys and girls getting involved in cricket from the age of 5 years.

The club have made great strides at junior level in recent years and are delighted that two of their youngsters have been selected to represent their counties in 2018.

Thomas Dearden has been selected for Durham’s under 11 development squad while Matthew Greaves will be representing Cleveland at under 13.

The opening games of the season start at 12.30pm and further details about this and other activities at Newton Ayciffe Cricket Club can be obtained by either visiting the Club website at http://newtonaycliffe.play-cricket.com/ or by contacting the Club Secretary Lee Weldon on 07759 754959.

Also listen out for reports about the cricket on Daz and Lee’s Sports Show on Aycliffe Radio on Tuesday nights from 6pm.