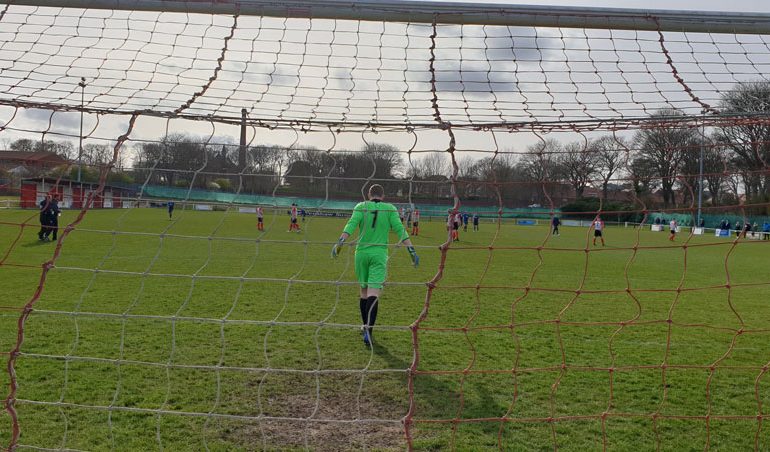 Newton Aycliffe travelled to Ryhope and went down 1-0 to in-form Sunderland RCA, conceding yet another late goal.

They matched RCA in all areas except scoring. Aycliffe kicked down the slope in the first half and started well.

Ethan Wood got a shot at goal after three minutes which keeper Patterson saved for RCA.

The home side responded immediately with Swansbury winning a header from a free kick, which Adam Pickford saved for Aycliffe.

Kevin Carr hit the side netting for Aycliffe on 14 minutes and then Vinny Gash headed over the bar from a corner.

Carr had a great chance for Aycliffe just before half time when he connected with a Jermaine Metz cross, but could only hit it straight at Patterson.

RCA had the slope in the second half and immediately started launching high balls at the Aycliffe defence.

Centre halves Liam McNamara and Aaron Brown (man-of-the-match) were resolute under the onslaught. Aycliffe had half chances through Marc Costello, Gez Richardson and Carr, but didn’t trouble Patterson.

In the last ten minutes Aycliffe found it increasingly difficult to get out of their half as RCA continued their high ball game.

Johnson Ballan, a midweek signing from Aycliffe Youth U23s, came on for his debut.

The game looked as though it was heading for a draw until RCA snatched it at the death. O’Neill found space in the penalty box and put the ball past Pickford for a late winner.