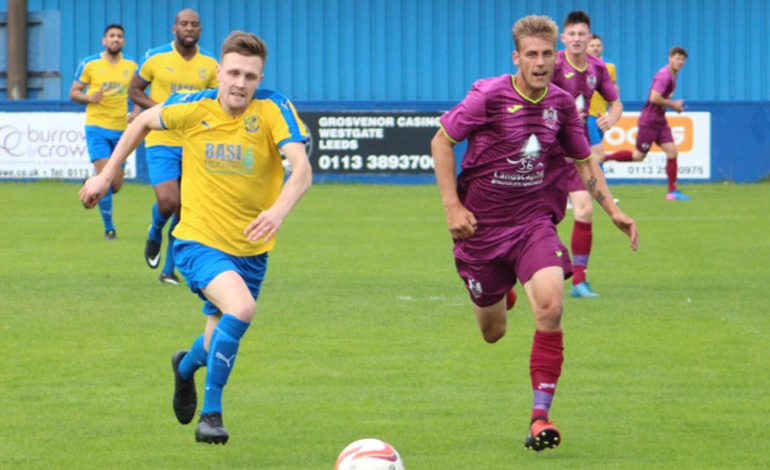 Aycliffe went out of the FA Cup 2-1 in the preliminary round away to Bradford-based side Albion Sports.

At Farsley Celtic’s ground in Leeds, Aycliffe played against a very strong wind in the first half, but as early as the first minute Craig Hutchinson had a shot saved in by home goalkeeper Lofthouse.

Albion then had the ball in the net from a corner, but the effort was ruled out for an foul. Lofthouse then made another good stop from Hutchinson.

Albion went ahead in the 16th minute when a looping ball over the top found Omar Habeeb, who slotted it past Aycliffe keeper Jack McLaren.

Albion gained confidence from the goal and gained the ascendency. They went further ahead on 39 minutes, when Grant Hickman got caught on the goal line and the ball was crossed or Danny Facey to score.

Aycliffe made two half-time substitutions to try and rescue the game, with Matty Pennal and Josh Gray replacing Sean Tarling and Kurt Matthews.

The visitors were the better team in the second half, but struggled to find a breakthrough.

Marc Costello came on for Craig Hutchinson on the hour, to give further attacking options.

On 67 minutes, following a good team move, Pennal hit a tremendous shot against the crossbar and one sensed it wasn’t to be Aycliffe’s day. That proved to be correct, as Pennal was then tripped just inside the box on 74 minutes, but the referee decided that it was just outside and awarded a free kick.

They did get back into the game with eight minutes to go, when Andrew Grant-Soulsby headed in powerfully from a corner.