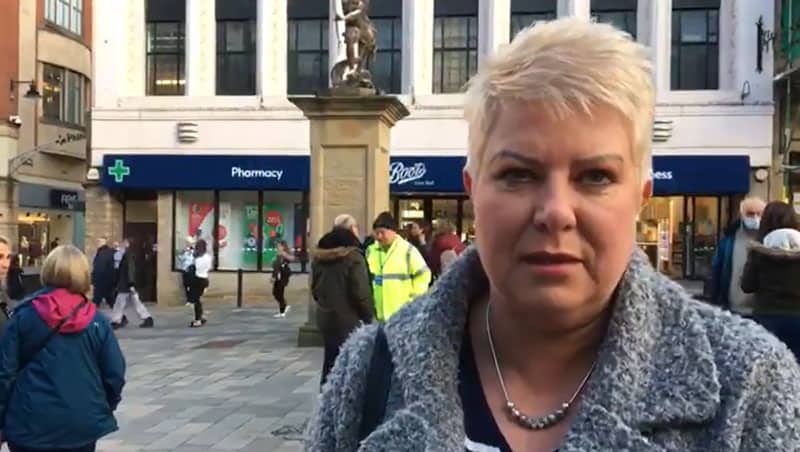 Great Aycliffe Town Council has moved to distance itself from inflammatory comments made by a local councillor about Covid being a “fake virus”.

Independent Aycliffe councillor Irene Hewitson made a string of controversial claims during an outburst at an anti-lockdown protest held at Durham city’s market place on Monday.

Her views have also sparked outrage from members of the public on the Aycliffe political debate Facebook page.

In an online video interview with ChronicleLive, Cllr Hewitson said: “We’re being locked down over a fake virus. I don’t believe the virus exists. When my neighbours, relatives, friends and work people are dying around me then I’ll believe it’s true.

“I’ve got a friend who works in the Nightingale Hospital and they’ve never had one patient. They’ve been cleaning a hospital for six months. It’s absolutely disgusting.”

“Great Aycliffe Town Council does not agree with Councillor Hewitson’s views regarding Covid-19 and does not endorse her actions.”

Several people criticised Cllr Hewitson for her Covid rant after a post was shared on the Aycliffe political debate page.

Peter Cooper said: “I think she’s wrong the virus is very much alive and kicking but I do sympathies with her on her views of being more or less in a communist state there’s a thin line between democracy and communism!”

Joey Collins said: “I’ve been people die of this horrible disease on the front line as a nurse.

“I also currently have Covid and I’m self-isolating. False propaganda like this does absolutely no favours.”

Brandon Fleet added: “Disappointed is an understatement. Your job is to protect people and represent their views. Ditch this personal agenda and get some perspective.”