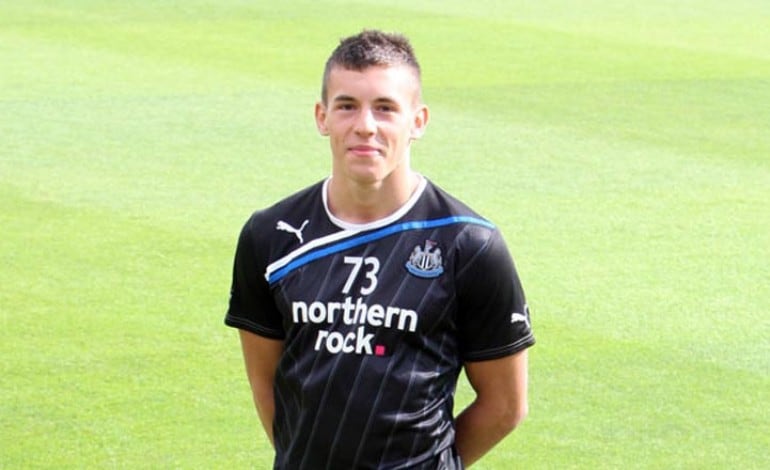 Newton Aycliffe have secured their sixth new signing of the summer with the addition of former Newcastle United defender Alex Kitchen.

Kitchen was with Newcastle from the age of nine, but was released at the end of his Academy scholarship two years ago and headed to Perth to join St Johnstone.

He spent two years in Scotland before his contract expired this summer, and follows a number of impressive summer signings by Aycliffe.

“Alex is another very welcome addition to the squad,” said Dixon.

“He’ll bring a lot of quality to the defence and we’re delighted to have him on board as we build for the season ahead.”

Dixon is equally pleased with all of his pre-season acquisitions.

He added: “Brian Close is well known to us, he played a few seasons with us at West Auckland.

“He’s a bread-and-butter midfielder and his experience will be invaluable to us in a very young side.

“He’s also had a good pre-season so I’m expecting a good season from him.

“Neil Pattinson is another player we know very well. He played for us at Crook and West Auckland, so this is probably the eighth or ninth season with us now.

“He’s a class act, but a very unassuming type of player and easy to manage.

“We brought goalkeeper Liam Mooney in to challenge James Winter this season. Last season we were caught out a few times with just the one goalkeeper, which was a bit of a nightmare, so we’ve tried to put that right.

“And we know what Matty Moffatt is all about, he scores goals and we’re confident he’ll do the job for Aycliffe this season.”

Aycliffe’s season kicks off with the visit of champions Marske United today at 3pm – admission is £6 adults, £4 concessions and FREE to accompanied under-12s.