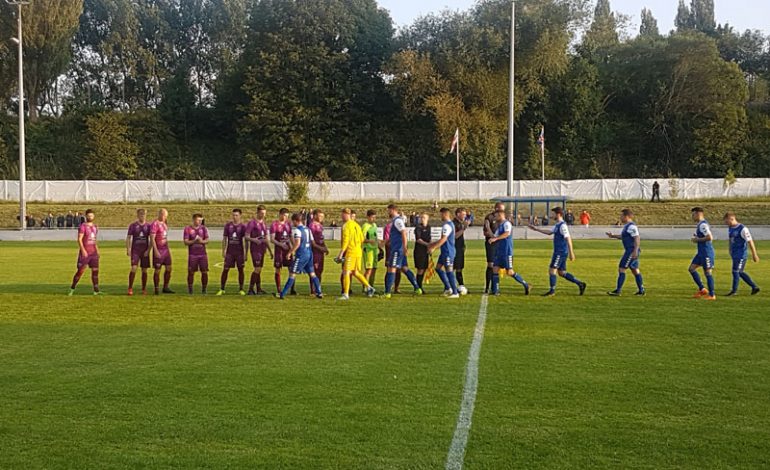 Newton Aycliffe won their second league game in a row when they beat Thornaby away from home on Tuesday night.

They started well and dominated the first half without having any reward. Scott Howes and Johnson Ballan were a menace to Thornaby down the flanks, and it was Howes who was the first to test Dawson in the home goal with a stinging low shot. Ballan also had a good shot saved by Dawson.

The pair had the better of their full backs and got some good crosses into the box, but Thornaby always managed to clear.

Shaun Ryder was working hard in midfield and he narrowly missed the target on two occasions.

Liam McNamara headed just wide from a corner on the stroke of half time, as Aycliffe went into the break having failed to capitalise on their superiority.

They got their reward early in the second half three minutes in; Ballan was fouled by Dawson in the penalty area. Gez Richardson stepped up to send Dawson the wrong way for 1-0.

Thornaby then got a goal out of nothing when Cook hit a low shot from outside the box, which seemed to deceive Pickford in the Aycliffe goal, to make it 1-1 in the 71st minute. This gave Thornaby some confidence and they pressed forward.

Aycliffe brought on some fresh legs and steadied the ship, before substitute Dean Thexton was put through and calmly lifted the ball over Dawson for 2-1 in the 87th minute.

Liam Waters was also on as a substitute, making his debut, and he made some exciting runs, one of which ended with a shot just over the bar.

Thornaby’s frustration spilled over at the end when ex-Aycliffe player Ian Ward was sent off for his second caution of the night. Aycliffe saw out time for the win.

Aycliffe’s next match is at home to West Auckland on Saturday (August 24, 3pm) at the Beaumont Landscapes Stadium, Moore Lane.