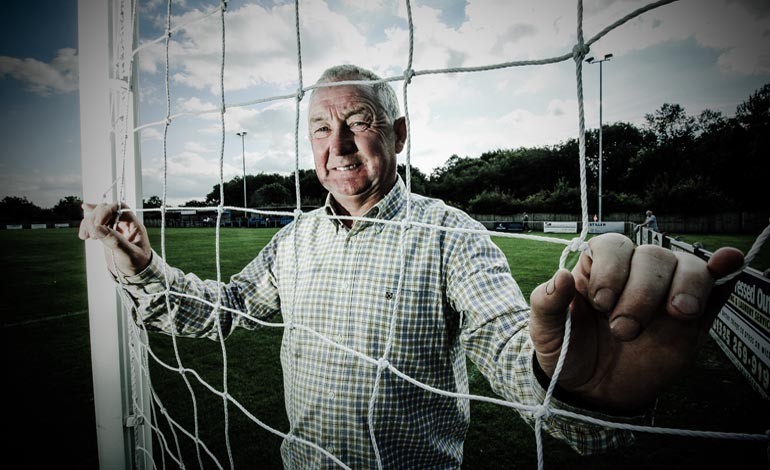 Aycliffe welcome the Conference North side to Moore Lane Park in the second qualifying round of the famous competition today (3pm kick-off).

The Blues would pocket £4,500 in prize money if they win the game.

“It’s prestigious for us,” said Oliver.

“The level and quality of team that we’re playing, it’s the biggest game the club has ever had.

“We’ve had some big occasions down here in recent years, but this tops the lot.

“It’s a massive opportunity to get much-needed finance into the club.

“Not only that, it brings the dream of progressing. Some towns and places are known because of the FA Cup.

“A cup run can bring a town to life, and that’s what we’re hoping this will do for Newton Aycliffe.

“We’ll need a lot of luck on the day, hope they don’t play as well as they can and we plat at our optimum level, the best we can play, and then we’ll have a chance.

Oliver admits there’ll be one big party at Aycliffe Sports Club if the Newtonians can pull it off.

“It would be a dream come true, when you consider eight or nine years ago we were playing park football,” he added.

“There might be a little bit of a party in Newton Aycliffe tonight if we do win. Not that I’ll have a drink, of course.”