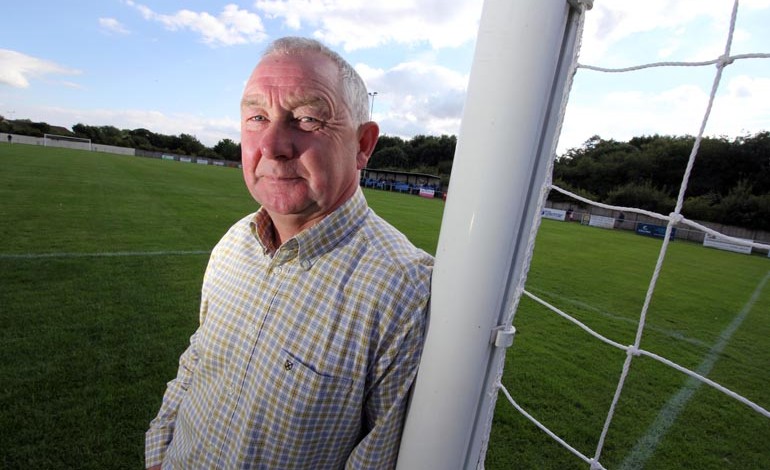 Newton Aycliffe FC chairman Allan Oliver says he was “gobsmacked” after Spennymoor Town refused to play the second half of a pre-season friendly this week.

Moors boss Jason Ainsley decided not to play the second half of Aycliffe’s friendly with the newly-promoted side at Moore Lane Park due to some “tough tackling”.

The Football Association has confirmed it is investigating the incident which has left an unnecessary bad feeling between the two clubs.

Oliver, who played for Aycliffe before guiding the club to the Northern League as manager in 2009, says he hasn’t seen anything like it in 40 years of being involved in football.

There was one booking during the first half of the friendly and no players required any treatment, with Aycliffe leading 1-0 at the break.

Chairman Oliver said: “In over 40 years as a player, manager and chairman I’ve never seen anything like it.

“Neither team’s physio set foot on the pitch and no players left it through injury, so I was as gobsmacked as everyone else, including several Spennymoor players, when they chose not to come out for the second half.

“I am disappointed for our supporters who were enjoying watching us leading against a team two divisions higher than us.”

“It is unprecedented, I can’t ever recall a friendly being abandoned,” said Courtney.

“It is up to the referee to decide whether a game should be abandoned or not. If a team refuses to play there is not a lot you can do apart from persuade them and remind them of their obligations.

“I was always taught there is no such thing as a friendly game, I would always expect a game to be competitive. It must have been quite an unpleasant and embarrassing experience for the referee.”

James Miller, from Aycliffe, said: “Even at international level tackles get thrown in and it becomes a bit tasty… it’s called being competitive.”

Jimmy Kennedy added: “Football or netball make your mind up Spennymoor, ones for men the other is for young ladies.”

In a statement, Spennymoor Town said it endorsed the decision due to the “aggressive” direction the match was taking, adding: “We’d like to apologise to the fans who travelled to watch us, which we are always grateful of, and hope they understand the reasons behind the decision.”

Durham FA says it now plans to write to both clubs.

Aycliffe’s pre-season continues at home to Easington on Saturday at 3pm before the season kicks off with an FA Cup tie at Washington on 6th August.