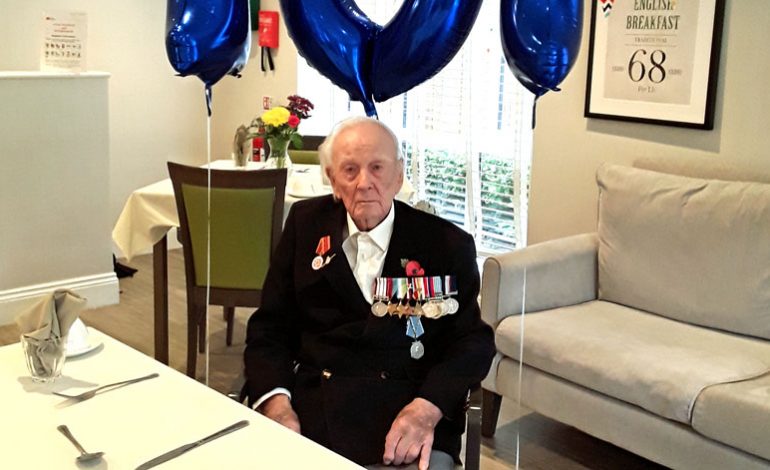 Ex-Navy officer Douglas Saylas celebrated the big milestone on July 17, starting with a visit from his family.

Douglas’ family visited the home at a distance and brought some gifts for him, they had not seen Doug in many months, and they were all over the moon to see him.

They brought Doug his Navy jacket with all his medals on from his time in the navy serving his country, which made Doug very happy. Doug put his jacket on to show everyone in the home his medals.

“It has been so nice seeing my family and to be able to see my medals again,” said Douglas.

At teatime, colleagues and residents in the home celebrated with cake while Doug told them about his time in the navy and how he got each of his medals.

Care home manager Helen Emerson said: “I am so very delighted for Doug on his 101st birthday.

“We were able to facilitate Douglas’ first socially distant visit from his family and reunite him with his medals.

“It was so overwhelming to see how happy this made him.”