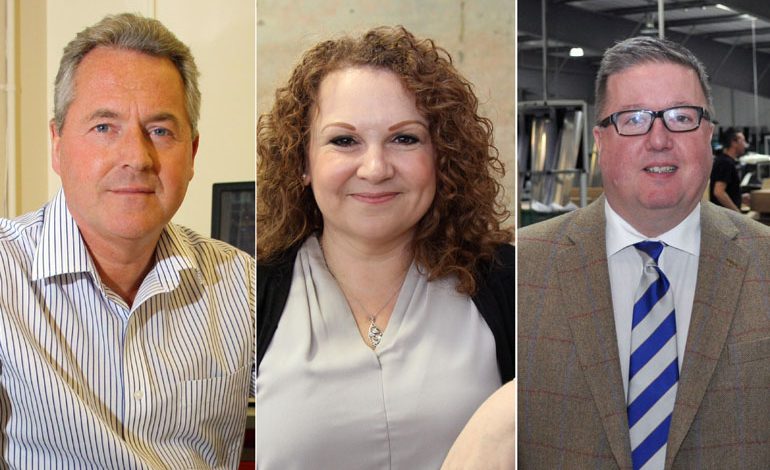 Three Aycliffe business leaders have publicly backed Phil Wilson’s campaign to be re-elected as the town’s MP on June 8.

Wilson, Labour’s Sedgefield MP for 10 years, is up against four other people to keep his seat, including Tory candidate Dehenna Davison, a 23-year-old student from Hull.

Three leading personalities from Aycliffe Business Park have shown their support to the Labour candidate, who’s been MP since the 2007 by-election following Tony Blair’s resignation.

Clark said: “Although I am not a Labour Party supporter, I am a big Phil Wilson supporter.

“He works tirelessly for this constituency and his efforts to encourage growth and investment in the business park are making a real difference to the area. I am pleased to be able to support Phil’s general election campaign.”

Osbourne said: “We at Roman have worked closely with Phil Wilson since he became MP for Sedgefield in 2007.

“We are based in Newton Aycliffe, but operate internationally, and Phil has taken a great personal interest in our business and he has helped us many times. He has helped us with lobbying for our industry in Parliament on a number of occasions – and has been very quick to give us advice whenever required.

“Phil is a very hard-working MP for his constituency and has given up significant time to understand the needs of some of the key businesses within the area.”

Finley added: “Phil has been one of the biggest ambassadors for Aycliffe Business Park over the years, and has helped to create jobs and prosperity for his constituency.

“While I don’t support the views of the Labour Party leader, I do think Phil Wilson is the outstanding local candidate for Sedgefield. He’s lived and worked here for many years, he knows the people and he understands the important economic role Aycliffe Business Park has to play.

“The job Phil did in helping to bring Hitachi Rail Europe to the region is something which cannot be underestimated. Local companies like Finley Structures benefited immediately from the investment – we helped to construct their new factory and we know many other local businesses have benefited in the supply chain.

“We are proud to have played our part and we thank Phil for his determination and drive to make sure the Hitachi deal came to fruition.”

The four other candidates for the Sedgefield seat in this year’s general election include Davison from the Conservatives, Aycliffe Village resident John Grant representing UKIP, Brafferton resident Melissa Wilson representing the Green Party and the Lib Dems’ Stephen Psallidas, from Newcastle.