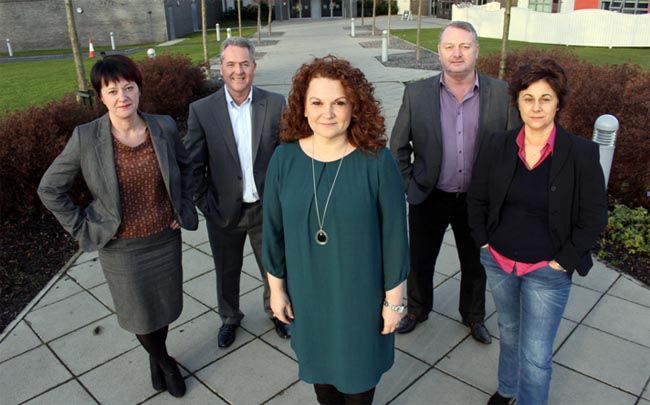 The Aycliffe Business Park Community (ABPC) will celebrate its second birthday during a special event at the end of January.

It’s been two years since the Steering Group officially launched ABPC at the Xcel Centre, with around 100 firms from Aycliffe Business Park attending.

Since then the group has hosted regular news and networking meetings as well as useful business practise seminars at various sites across the park.

And in September last year, it organised the hugely-successful Make Your Mark awards event, when Tekmar Energy was crowned Company of the Year during a glittering ceremony attended by Sedgefield MP Phil Wilson and Business Durham Managing Director Simon Goon.

Talks are now under way to formalise the Steering Group, which will create a more sustainable entity.

And the group has organised a special birthday celebration, which will be held at Ebac’s Nortfrost site on Heighington Lane, on Thursday 29th January, starting at 8.15am.

Chair of the group Kerina Clark, Managing Director of the Xcel Centre, said: “It promises to be another well-attended event with lots of new faces and some fun long the way.

“It would be lovely to see a big turn-out for it so we can not only celebrate what’s been achieved, but also keep everyone up-to-date on some of our exciting future plans.”

The Steering Group, currently an informal association which currently relies on volunteers and help from Business Durham, says a recognised body will have more opportunities to access funding to pay for projects.

It would then potentially be able to employ staff or pay local firms to carry out work and build on what’s already been achieved in its first two years.

Kerina added: “It’s been an interesting couple of years. We feel like we have a really good foundation now, but we feel we need to build on that.

“So we are really encouraged but we don’t want to lose that momentum, and I feel we’ve hit the lid in what we can do informally.

This completely FREE event will consist of breakfast and networking, news and updates, a short video presentation and a special birthday quiz, with prizes up for grabs including a Nortfrost chest freezer and hamper.

All companies on the business park are invited to register their attendance at: www.aycliffebusinesspark.co.uk