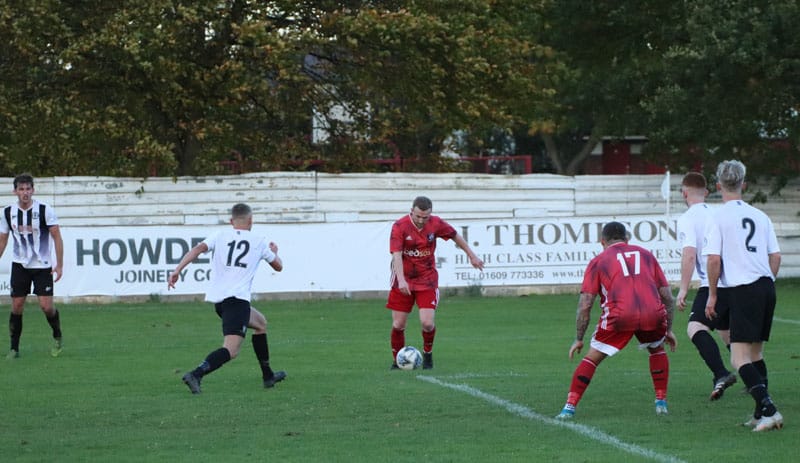 Aycliffe put their recent run of poor results behind them with a 2-0 win at Northallerton.

The win took them to sixth in the league with 34 points, seven behind leaders Consett but with two games in hand.

The first half saw Aycliffe have plenty of possession but no goals to show for it.

However on 40 minutes Northallerton were reduced to 10 men with Cieran Jackson sent off for a second bookable offence.

Despite the advantage Aycliffe struggled to make it count but just after the hour Stromsoy brought on substitute Liam Jarvie.

He caused trouble for the home defence and on 75 minutes was felled in the box. The referee pointed to the spot with Jake Petitjean converting.

Aycliffe continued to press and Jarvie got his reward on 89 minutes with a well worked goal to put the result beyond doubt.

In added time Northallerton had the chance of a consolation when they were awarded a penalty but this was well saved by Adam Pickford diving to his left.

The final whistle brought a positive end to a hectic month with Aycliffe having played eight games, winning four but going out of the FA Vase (at AFC Liverpool) and the Durham Challenge Cup (to Darlington on penalties).

November’s fixtures begin the visit of West Allotment Celtic to the Beaumont Landscapes Stadium on Saturday, November 6 (kick off 3pm).