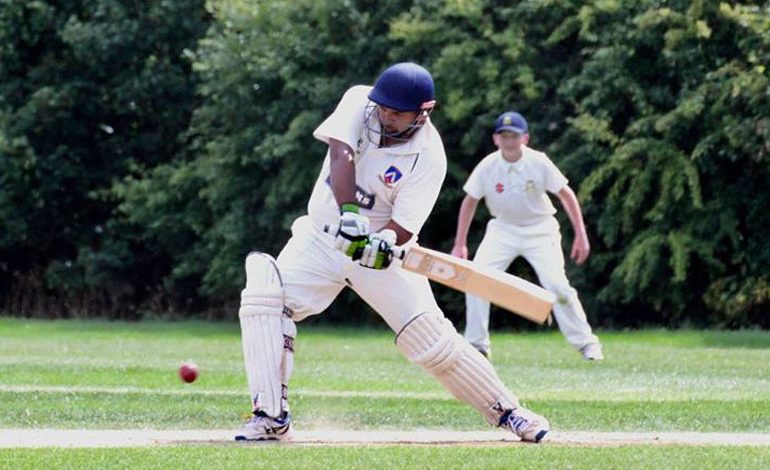 Newton Aycliffe’s first team had a mixed weekend, on the Saturday they were desperately unlucky to lose a cracking game away at Redcar 1st team by just two runs in the last over of the day.
Chris Palmer (Sponsored by Vanila Design and Print) was given the man-of-the-match award after an excellent innings saw him top score with 67 off 60 balls, including 12 boundaries and a six.

On the bank Holiday Monday, the first team got back to winning ways with a fine 59 run victory at home to Northallerton 1st team. Jack Slatcher (sponsored by Dean and Tina Greaves) was given the man-of-the-match award after another sensational spell of swing bowling, finishing with 6 for 33 from 13 overs.
Special mention must go to all-rounder Michael Howe who scored 11 runs in the Aycliffe innings, which means he joins a select band of Aycliffe cricketers who have achieved the notable seasonal double of 500 runs and 50 wickets.

The win maintains Aycliffe’s outside chance of promotion and they remain in third place, still 22 points behind second-placed Middlesbrough in the second division table, with just two games to left to play this season.

Aycliffe’s second team had an outstanding weekend, winning both their games and taking the full 25 points from both victories.

During Saturday’s 111 run win at home to Northallerton, all-rounder Lewis Gimple (pictured top) took centre stage and the man-of-the-match award with an outstanding performance during which he scored 58 runs with the bat and then followed that up by taking 6 wickets for 10 runs with the ball. It’s the first time for 11 years that a second team player has scored a half century and taken five wickets in a game for Aycliffe and only the fourth time in the club’s history that this notable feat has been achieved.

On the Bank Holiday Monday, the seconds had another highly impressive win, this time defeating Preston 1st team by 100 runs. Once again, all round Lewis Gimple was in the thick of the action, firstly top scoring in the Aycliffe innings with 68, his fourth half century in five innings and then taking 4 for 7 with the ball when the homeside batted.

The second team’s recent outstanding form has seen them climb up the fourth division table and they now sit comfortably in 5th place in the table with 193 points and they have just two games left to play this season.