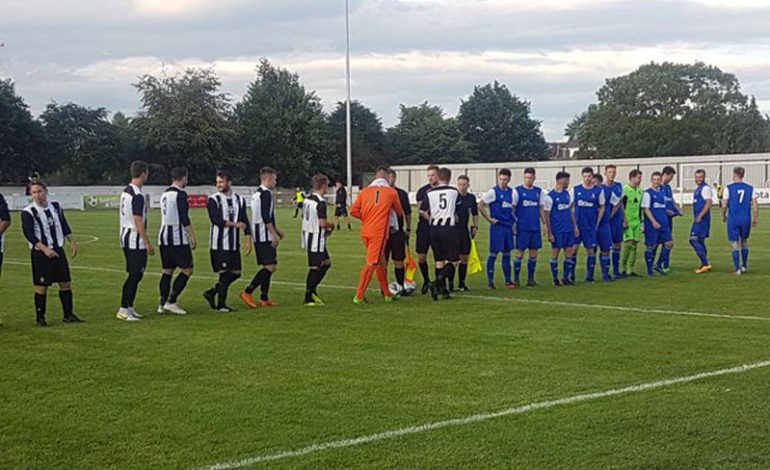 Newton Aycliffe bounced back from their opening day defeat at home to Whickham with a narrow win at Northallerton on Wednesday night.

The margin of victory should have been greater, as they missed several one-on-one chances against home keeper Dawson.

On seven minutes Gez Richardson dribbled past three defenders, but his cross into the box was cleared.

Four minutes later Scott Howes got in ahead of Dawson out wide, but when the cross came in the Northallerton defence managed to clear.

Richardson then had two one-on-one chances within a minute, but couldn’t get the better of Dawson.

On 37 minutes, Shaun Ryder hit a strong free kick that Dawson did well to keep out. Just before half time, Dawson kept out Richardson and Alan Harrison.

The second half did not see nearly as many chances created for Aycliffe as in the first.

They got in front on 59 minutes when a short corner was played to Sam Read, who whipped in a good cross for Mattie Lowrie to score at the back post.

Both sides huffed and puffed after that without creating any really good chances.

Aycliffe fashioned a good move near the end, when Matty Pennal played Alex Barnes in, but yet again the Northallerton man-of-the match keeper Dawson made a fine save.

Aycliffe saw out time and took the three points.

The two sides then meet again at the Beaumont Landscapes Stadium in the extra preliminary round of the Emirates FA Cup on Saturday.