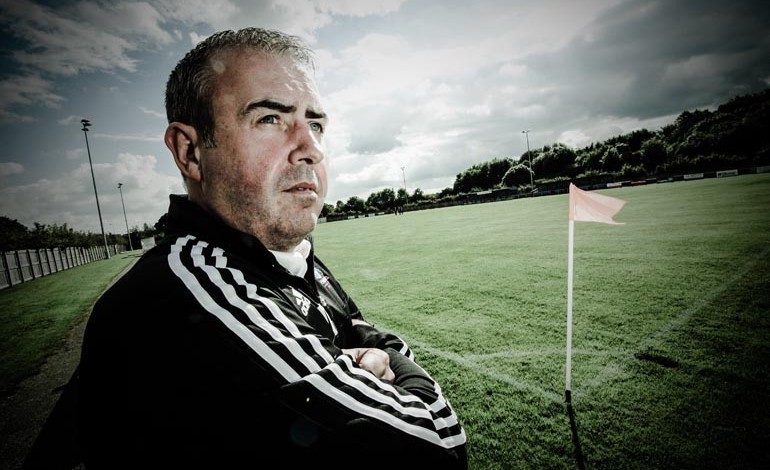 Newton Aycliffe boss Peter Dixon is hoping for a good turn-out at the cub’s biggest game in their history this weekend.

The Blues are one of only four Northern League clubs left in the Emirates FA Cup after they beat Northern Premier League side Brighouse Town 2-0 in the first qualifying round.

“We’d love to see the football fans of all teams who live in Newton Aycliffe to come out and support their town,” said Dixon.

“There are a lot of Darlington supporters in Aycliffe… Newcastle, Sunderland and Boro fans… and it’d be great to see them all come along to support their hometown team on this special occasion.

“You get major upsets and giant-killing results in the FA Cup every season – and if we were to achieve that in front of our home fans at Moore Lane Park, it’d be a very special occasion for the club.”