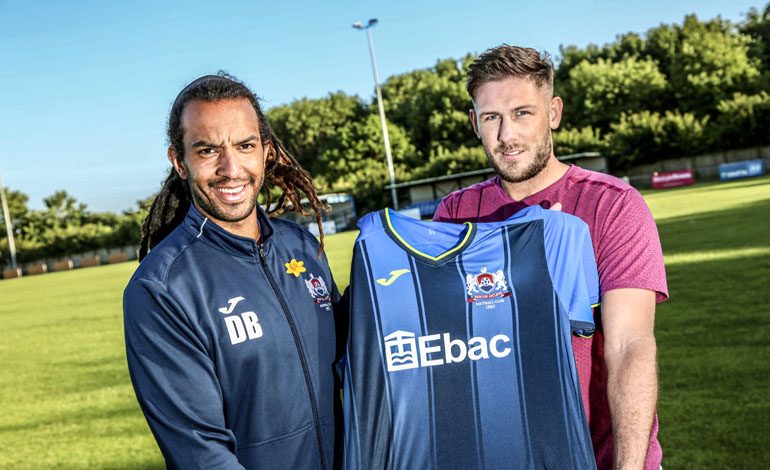 Boss Browne – who has appointed Sean Tarling and Andrew Jinks as his new assistant managers this summer – said: “It’s becoming increasingly difficult to attract the so-called better players to the club, with the kind of finances that are flying around the leagues these days.

“So it’s a massive coup for us to have signed a player of Ian’s calibre. He’s still an ambitious player to the fact he tuned into what we’re trying to do here was very pleasing.”

Ward, who has also had spells with Durham City and West Auckland, said: “It’s an ambitious club.

“I spoke to (the chairman) Allan Oliver, he’s wanted to bring me here for a few years and I know the manager Deano from my time at Darlington, so I feel that the time is right now.

“I’m 31 and feel I have a lot of experience I can bring to the younger lads.

“The big thing for me was that Allan, Deano, Danny and Sean have made me feel wanted.

“There are a lot of things you do for family, and Aycliffe is gaining four extra supporters in my parents, my daughter and my partner.”

Ward reckons there’s no reason Aycliffe, who finished 14th in the Northern League first division, can’t compete for a top-eight spot in 2018-19.

“I’ve had a few injuries in the last couple of years but if I can stay injury-free there’s no reason I can’t do well here,” he added.

“Every striker wants to score at least 20 in a season. My strengths are my hold-up play and bringing others into play.

“From a team point of view we finished 14th in the table last season, but I’ve spoken at length to the management and the plans they have and we want to progress now, and I don’t see a reason why we can’t aim for a top eight position, along with a decent FA Cup and FA Vase run.”