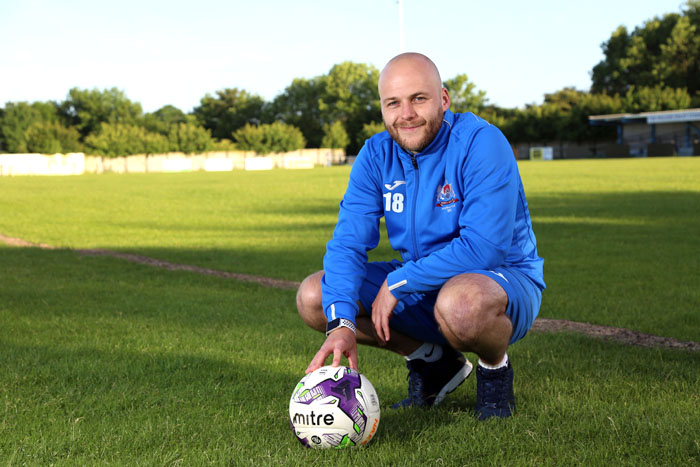 The 33-year-old helped Aycliffe to successive promotions as a player, captaining the side to an historic Northern League second division title in 2011.

Aycliffe have since spent seven seasons in the top flight, while Tarling left for Bishop Auckland four years ago.

And after joint-manager Dan Mellanby stepped down from his coaching role at the club, Browne has appointed the midfield terrier as his joint assistant manager, along with Andrew Jinks, in preparation for the 2018-19 campaign.

“It all happened so quickly,” said Tarling. “We sat and looked at this season moving forward, we had an open discussion and it was quite a quick decision.

“Deano and Dan were one of the things that made me come back. Over the last 18 months, they’ve removed some of the clouds that were hanging over the club, for whatever reason. They’ve done a great job.

“There’s no reason we can’t finish in the top 10, no reason at all. We beat the top five teams last season.”

Aycliffe have stabilised themselves in the Northern League first division and, despite dicing with the threat of relegation only for brief moments, have become a mainstay in the top division, thanks mainly to the support of chairman Allan Oliver.

Tarling, who has fond memories of the club’s rise through the leagues, added: “What people have done at this club, behind the scenes and on the pitch, collectively around the town, is brilliant.

“I’m born and bred Aycliffe, I’ve lived here all my life, and for a town to have a club as successful as it has been is fantastic.”