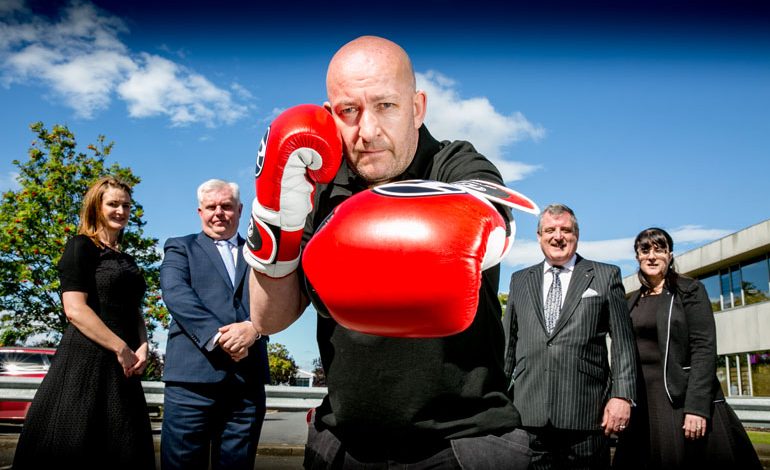 A Newton Aycliffe-based property management company, which specialises in giving ex-servicemen and women a new start on ‘civvy street’, is set to launch a recruitment drive after landing an important new contract.

Caring Caretaker, part of the AAA Property (North-East) group based on Aycliffe Business Park, has gone from strength-to-strength in the past few years – thanks in part to its policy of using ex-services personnel wherever possible.

The business was started by Richard Tucker to concentrate on property management and student accommodation in Durham City.

More recently, however, Caring Caretaker has extended its service into Scotland and North Yorkshire.

Mr Tucker, who spent nearly 20 years in the RAF and saw action in the first Gulf War, said: “We’re delighted to be working alongside Snaith Signs to provide board erection services and management.

“They are a major player in the market and their commercial division serves all of the United Kingdom.”

Among the servicemen to have landed a role with the company is 44-three-year-old Garry McDermott (pictured above, centre), who served with the Royal Scots Borderers.

Mr McDermott is looking forward to forging a new career after recovering from post-traumatic stress disorder (PTSD) as a result of several gruelling tours of Northern Ireland.

He said: “I am really looking forward to it. Everything feels right. My daughters have seen a massive difference in me. It’s like a weight has been lifted from my shoulders.”

Caring Caretaker has built a great reputation on the back of Mr Tucker’s decision to employ former Armed Services personnel wherever possible.

He explained: “When I left the RAF I missed the esprit de corps of military life – the working together for a greater good. Civvy street moves at a different pace to the Armed Services.

“In the RAF if something needed to be done it got done usually the same day. I was dismayed to find that wasn’t always the case in civilian life. 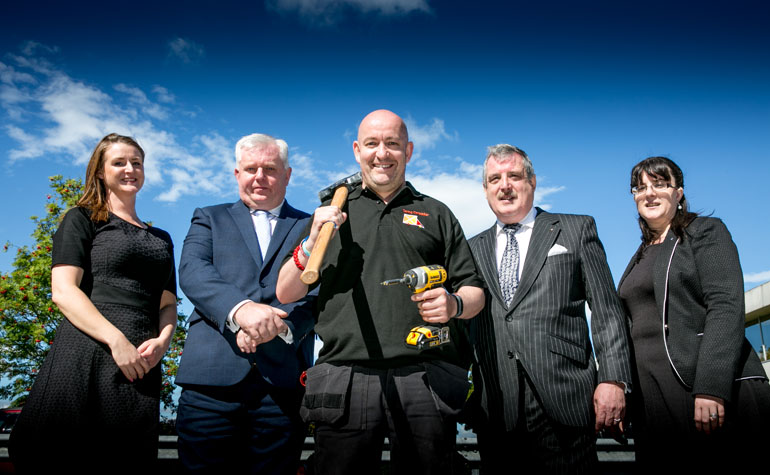 “So, I started recruiting people like me who had recently left the Armed Forces.

“From their point of view a job with Caring Caretaker gave them a way back into work with a company that understood how difficult it can be readjusting to civilian life after a career in the Armed Forces and from my perspective I gained employees who were honest, reliable and hard working.”

Mr Tucker, who runs the firm with his daughter Alison, added: “We provide emotional and spiritual care for all our employees.

“We also work closely with X-Forces Enterprise, a national charity which helps service men and women looking to start their own businesses.”

Earlier this year he was awarded an MBE for his service to business and the community.

“I thought I’d get no more medals after leaving the RAF,” he joked. “It was wonderful to receive an honour.”