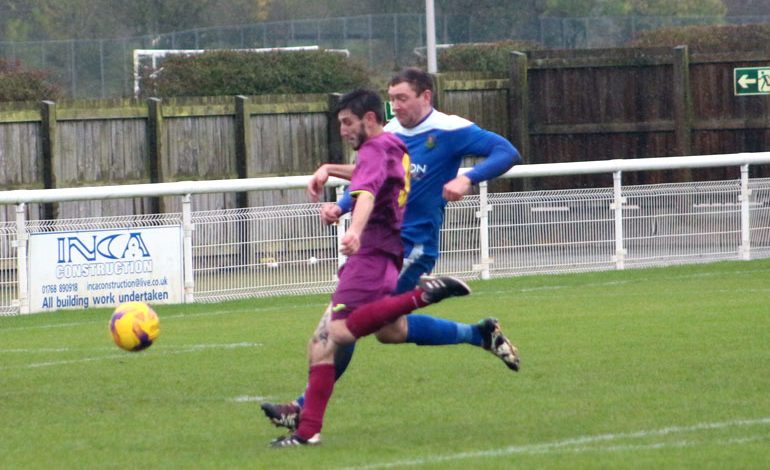 Newton Aycliffe travelled to Penrith and came away with an important 3-2 win that lifted them to 15th place in the table.

Penrith put up a fight, particularly in the first half, but an improved second half performance and superior finishing gave Aycliffe the win.

Penrith’s direct approach was better suited to the wet, muddy and windy conditions, and they deservedly went ahead on 14 minutes. Gardner tried a long shot which took a deflection before beating James Winter.

Aycliffe start to adjust to the conditions and Ben Trotter hit a lob onto the roof of the net on 27 minutes.

Nine minutes later, an Aycliffe corner was re-worked by Craig Hutchinson and he crossed for Andrew Grant-Soulsby to head home.

Penrith kept pressing and Gavin Wilson cleared off the line on 39 minutes. Ayclife didn’t heed the warning and allowed Penrith to drive through the midfield before getting a cross in from the left for Gardner to slot in at the back post. Half-time 2-1.

A few harsh words from the Management team at the break seemed to wake the players out of their slumber, as they were on top in the second half.

Aycliffe brought on new signing Paul Kane on 57 minutes, to increase the attacking options, and within three minutes, they were level. A long pass from Aaron Brown was met by Craig Hutchinson and he hit it over home keeper Dixon with a tremendous finish.

Aycliffe had the upper hand, and they made it tell, when five minutes later, Kurt Matthews broke free and calmly finished past Dixon for 2-3.

They then produced a good team move, which finished with Kurt Matthews putting his shot just past the post.

Penrith tried to respond and James Winter had to tip a shot over the bar on 85 minutes, but Aycliffe held on for the win.