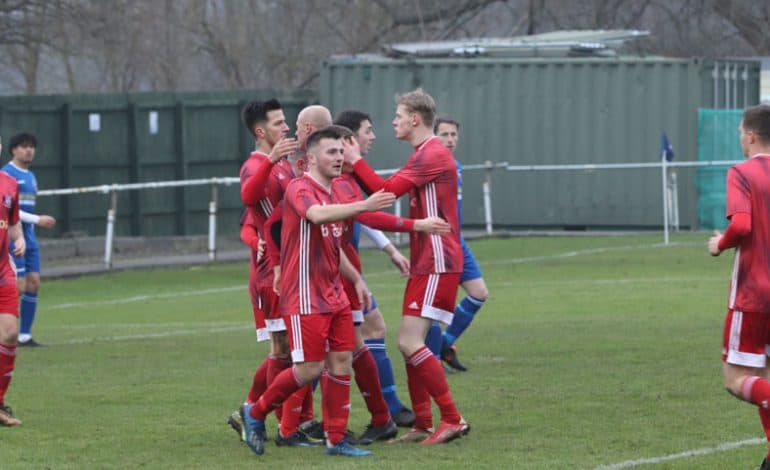 Despite almost a month’s layoff Newton Aycliffe showed no sign of rustiness as they took three points at second-placed Thornaby on Saturday.

Goals from Andrei Ardelean and Ben Reay sealed Aycliffe’s third win of the season over the Teesside team.

Aycliffe started the game strongly with Ardelean opening the scoring on seven minutes, turning in a cross from the left.

The first half saw the visitors putting in an excellent battling performance with the midfield especially preventing Thornaby from creating any serious threat to Adam Pickford’s goal.

The second half was played in similar fashion. Although Aycliffe had plenty of possession, they were unable to find the target to put the game beyond doubt.

With 20 minutes to go the home side had two players red carded – the first for a foul, the second for the reaction.

With Thornaby reduced to nine men, Aycliffe continued to press but it wasn’t until added time that substitute Reay was able to double the lead and end the game.

He latched onto a through ball and did well to make himself space before firing into the bottom corner.

The result was a fantastic win for Aycliffe against a team who were seeking their fifth win in a row.

Aycliffe now travel to Chester le Street for a midweek Durham Challenge Cup game before returning to the Beaumont Landscapes Stadium on Saturday (January 22) where league leaders Consett will be the visitors.

The Steelmen currently have an eight-point lead over Thornaby but suffered the disappointment of going out of the FA Vase on Saturday to a last minute goal.

No doubt they will be looking to bounce back & avenge Aycliffe’s win in the reverse fixture back in August.

The Consett game will be followed by a Race Night in the Sports Club. Tickets cost £3 and are available at the game or on the door. The Race Night starts at 6pm and includes pie & peas.