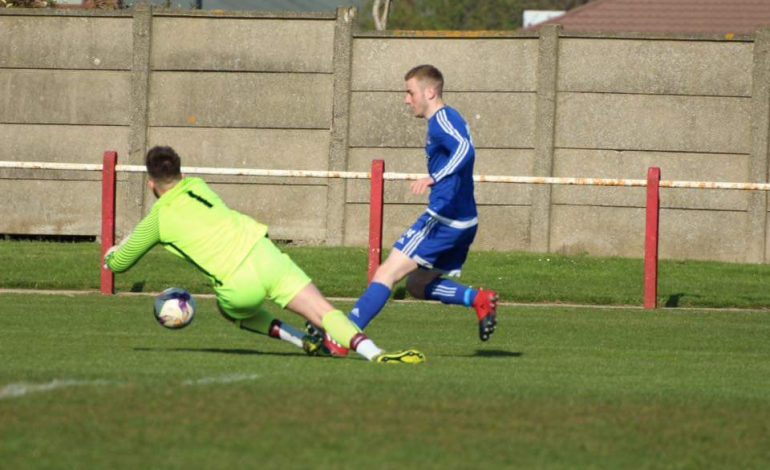 Aycliffe earned a well deserved 3-1 win away to Ryhope Colliery Welfare on Saturday.

They had slightly the better of the early exchanges, and went ahead on 11 minutes when Marc Costello got on the end of a Stuart Banks corner.

Five minutes later, a Ryhope player elbowed Aycliffe left back Scott Howes in the face, leaving him with a fat and bloodied lip. Unbelievably, not even a caution was handed out by the officials.

This set the pattern for the game, with Aycliffe trying to play their passing game on the deck, and the tall Ryhope side playing their physical game, with lots of high balls.

Aycliffe missed a chance on 25 minutes when after a good passing move, Ben Wood crossed to Josh Gray, who stretched to meet it, but put it over the bar.

Ryhope equalised against the run of play on 35 minutes, when a low cross was missed by the Aycliffe defence, allowing Lay to slot it past keeper James Winter.

Aycliffe had a chance in first-half injury time, when Costello got on the end of a cross, but put his header over.

The second half started off in a scrappy fashion, with the ball often high in the air.

After the hour mark, Aycliffe started to find their passing game again, and they had two chances within a minute for Gray and Wood, but neither was converted.

The pressure told on 70 minutes when substitute Matty Pennal broke away and crossed for Banks to slot it home.

Ryhope pressed for an equaliser in the last 20 minutes, launching more high balls, which the Aycliffe defence dealt with well.

Aycliffe were having some joy on the counter-attack at this stage, through the pace of Pennal.

He got his reward for persevering through some rough treatment, when he beat the two Ryhope centre halves and then curled the ball around the Ryhope keeper.

Aycliffe remain ninth in the Ebac Northern League Division One on 60 points with just three games to play.

Their next game is at home to Bishop Auckland on Saturday (April 15, 3pm kick-off).