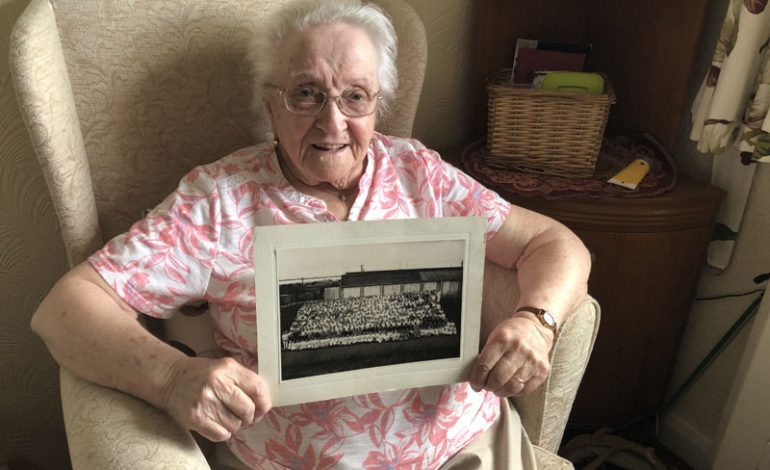 An Aycliffe Angel has been sharing her memories of ammunitions manufacturing during the Second World War ahead of Armed Forces Day.

Known as the Aycliffe Angels, the factory employed more than 17,000 women, producing hundreds of millions of bullets and other munitions for the war effort.

Dora now lives at Longroyds and Pilling Care Home, in Skelmanthorpe, where she was taking part in a reminiscence session and talked about her work during the Second World War.

Originally from Newcastle, Dora worked at the arms factory for two-and-a-half years, beginning in 1943, at the height of the war.

She was trained as a mechanical engineer and, after just 10 weeks, joined a team of eight ladies on the production line in the factory.

Just a few days before starting, however, there had been an explosion when a 25lb bomb went off, killing six workers. 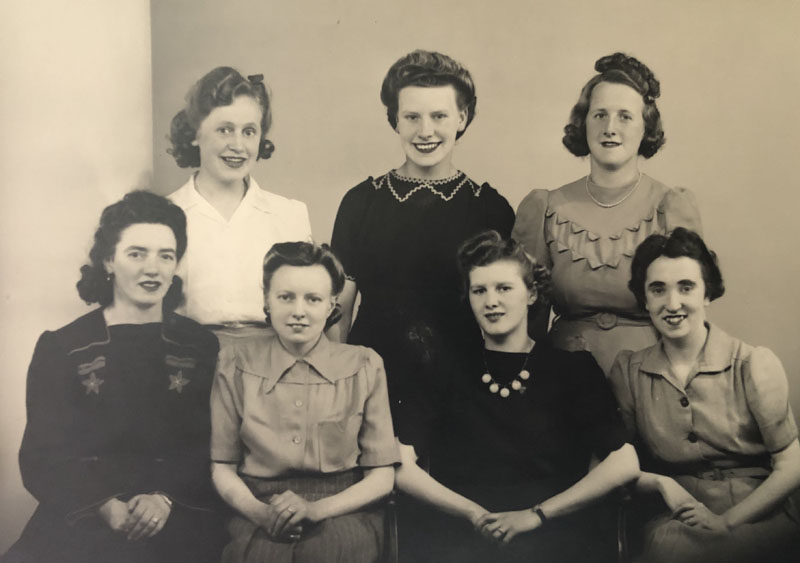 This incident, alongside others, was kept quiet at the time, going unreported in an effort to keep moral up during the conflict.

Dora said: “I didn’t really scare me. We just did what we had to do.”

Despite the factory being top secret, it was visited during the war years by Winston Churchill and members of the Royal Family.

At the turn of the millennium, a memorial service was held to recognise the Aycliffe Angels for their efforts, attended by then Prime Minister Tony Blair and the Queen. Unfortunately, Dora was unable to attend.

Dora said: “I’m looking forward to seeing the Jerry Jeep. I was always a big fan.”

“Her bravery and that of the other Aycliffe Angels was incredible and everyone at the home, including residents and staff, is looking forward to recognising their efforts and commemorating those who lost their lives.

“Armed Forces Day is a chance to show our gratitude for all the men and women serving now and in the past, whether on the front lines or providing support services.”

The Recommission for New Towns