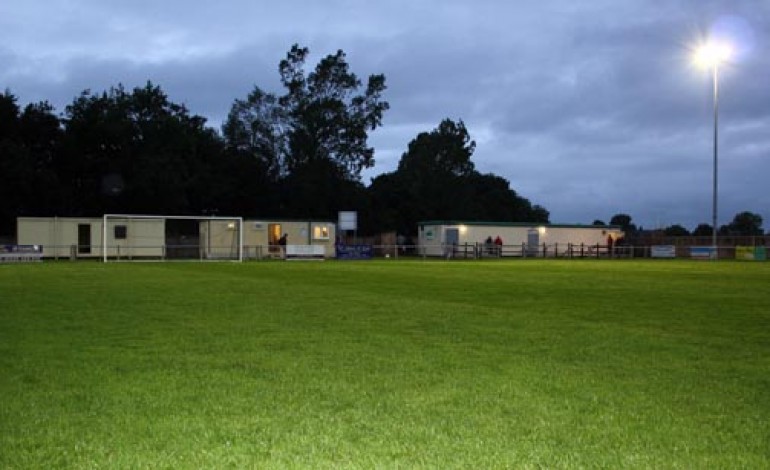 In a game of few chances, it was always likely to be a case of ‘first goal wins’ and it proved to be the case as Chris Swailes’ 75th minute header gave the visitors all three points.

But there was very little between the sides on the pitch, despite the 17 points and 14 places separating them in the first division table.

Dunston only created two real opportunities in the game, but the Newtonians could only muster three attempts of their own as much of the game was fought ferociously in midfield.

There was no return for Stephen Gibson to Moore Lane, as the popular right-back was not among the Dunston travelling party, while Mark Peck replaced the absent Darren Craddock for the Royal Blues.

Aycliffe started the brighter, forcing four corners in the first 10 minute but failing to take advantage of any of them, as the visitors’ aerial prowess came to the fore.

The first chance fell to Martin Young, who turned brilliantly 25 yards out to evade his marker but he couldn’t find the target with his speculative effort.

Then Young released Paul Broom with a brilliant pass, after good work between Broom and Martin Butterworth, but the winger’s cross could not pick out Fred Woodhouse or Stuart Owen in the middle.

Dunston were looking for set-pieces and Aycliffe were attempting to break on the counter with pace, and it was the visitors who had more joy in the second period.

Scott Pocklington struggled to deal with some terrific deliveries from Terence Galbraith, but Dunston were unable to take advantage.

Lewis Teasdale failed to make the most of game’s best chance on the hour mark, as he was sent clear by a long ball from his side’s defence, but his effort was tipped over the crossbar by Pocklington.

But 15 minutes later, Dunston found the breakthrough. From a free-kick 35 yards out, Galbraith whipped in a terrific delivery to the edge of the six-yard box that Swailes got on the end of to head past Pocklington.

The Newtonains rallied towards the end as they searched for an equaliser. Substitute Kris Hughes was brought down on the edge of the area and Mark Wood took a quick free-kick, but Liam Connell got down to his left brilliantly to turn the ball away.

Then Young swung in a corner that was cleared only as far as the edge of the area, and Peck let fly with a half-volley that went just the wrong side of Connell’s left-hand post.

But there was to be no late drama and Aycliffe suffered a fifth home defeat of the season.