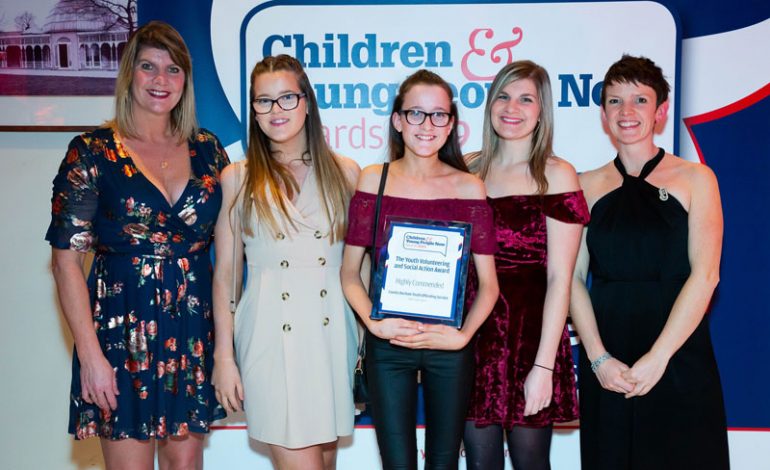 A dedicated social worker and a service which works with young people who have offended have been recognised at two national awards ceremonies.

Durham County Council social worker, Shelley Gill, was recognised for her contribution to the profession at the annual Social Worker of the Year Awards which aim to improve public awareness and understanding of social work by showing the positive impact of social workers in the wide range of roles they undertake.

Shelley received the silver award in the Practice Educator of the Year category, in celebration of her outstanding work supporting and mentoring social work students and newly qualified social workers.

Helen Fergusson, the council’s head of children’s social care, said: “Shelley is an exceptional practitioner and has played a key part in the success of our workforce development programme and support to newly qualified social workers over the last three years. The award is very well deserved.”

There was more awards success for Durham County Council when The Skill Mill project, which sees the council work with a wide range of private, public and voluntary organisations to reduce crime, won the Partnership Working Award at this year’s prestigious national Children and Young People Now Awards.

Working with 16- to 18-year-olds who are in the top 10 per cent of serious and persistent offenders, the project aims to cut re-offending by offering young people who have offended six-month paid employment opportunities, teaching them new skills and helping them to engage with their community.

Three-quarters of young people enrolled in the programme have gone on to gain further employment following involvement in the initiative, which sees a host of partners and agencies, including Durham County Council, working closely together.

The county’s Youth Justice Service was also highly commended in the Youth Volunteering and Social Action category of the awards, which celebrate the very best practice in work with children, young people and families.

The partnership between Durham County Council, Durham Constabulary, probation services, and health services, received the accolade for its With Youth in Mind group, which provides activities for young people who have been victims of crime.

Since it was set up in 2015, the group has supported over 150 children and young people aged up to 18 to enjoy leisure opportunities such as go-karting, woodwork, high ropes, cookery, team games and trampolining. The group is led by young people, supported by agencies including Durham Constabulary; the Police; Crime and Victims’ Commissioner; and Investors in Children.

David Summers, manager of the County Durham Youth Justice Service, said: “We are delighted that these projects have received this recognition. These awards are considered the gold standard for people who work with young people, so we’re very proud to be involved in both winning and highly commended projects.

“The success of both initiatives in transforming the lives of disadvantaged young people is down to the amazing team work and collaboration of lots of partners, so I’d like to congratulate everyone involved.”