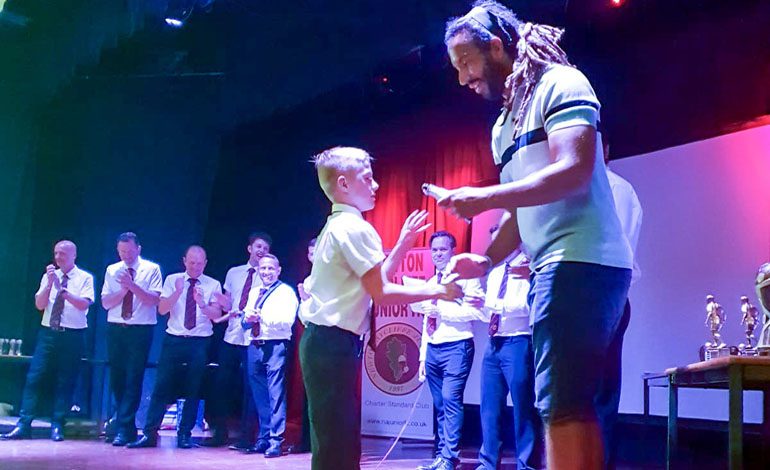 Newton Aycliffe Juniors celebrated the success of their 2017/18 season at their 21st annual presentation day, held at Woodham Academy.

It was great for the club to reward all their players and thank all the coaches for their work at the school which is our new home ground.

Chairman Nige Slatcher presented special awards to the Under 11’s as the club’s team of the year for last season. 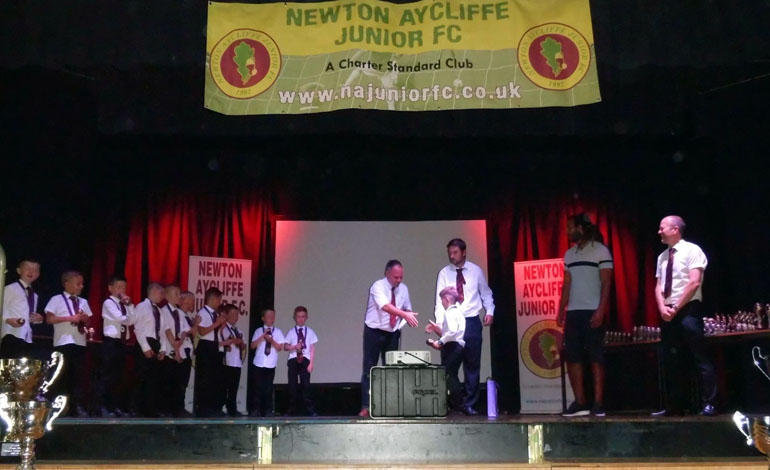 Jack Slatcher was given the Chairman’s award for superb commitment as a player, playing in every age group team at the club over the last 19 years.

Jack is also a committed coach and referee and it was great to see his contribution to the club recognised.

Special recognition awards were given to Jack Lowis from the Under 10’s who saved his Dad when he was choking and Leanne Dunn who resuscitated a parent who had collapsed watching his son training, two truly amazing lifesavers.

Each individual player received an award and to help present these were Newton Aycliffe FC’s Dan Mellanby and Deano Browne.

The support from the town’s Northern League team was welcomed as Aycliffe Juniors look to forge stronger partnerships now and in the seasons to come.

Each team then rewarded individuals with trophy winners listed for each team in the order of Golden Boot, Player of the Season, Managers Award, Most Improved Player or Sportsmans Award, Players Player of the Year and lastly if it was awarded the Player of the Tournament.