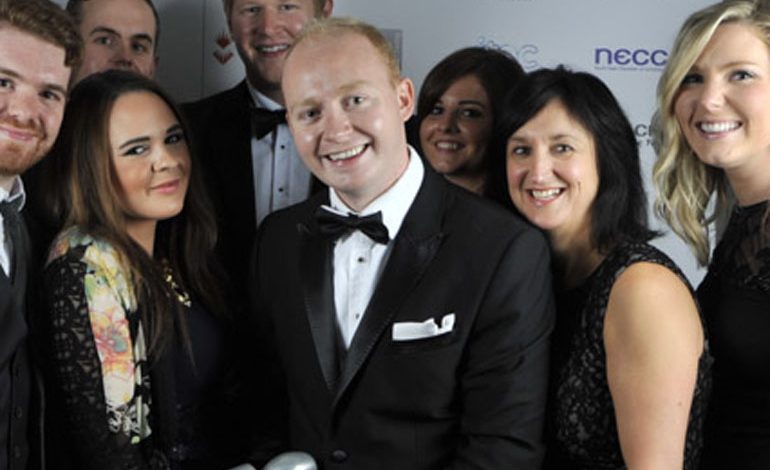 The boss of a multi award-winning Newton Aycliffe firm says gaining recognition is a tangible morale booster for businesses.

The Aycliffe firm has also previously won an Export award at the North East Business Awards, while it has also won the Export and Company of the Year awards at previous Make Your Mark evenings on Aycliffe Business Park.

Now Tekmar CEO James Ritchie is urging Aycliffe-based firms to enter the fourth annual Make Your Mark awards competition – with the deadline to enter next week.

Writing the guest foreword in the 33rd issue of Aycliffe Today Business – the magazine for Aycliffe Business Park – Ritchie said: “I for one can’t emphasise enough the importance of all businesses getting involved in awards competitions.

“We were recently named Company of the Year at Subsea UK’s annual awards, which was enormous recognition for us at Tekmar and something we’re extremely proud of.

“In the past we’ve also won an Export award at the North East Business Awards, while we’ve also won the Export and Company of the Year awards at previous Make Your Mark evenings here on Aycliffe Business Park.

“I really can’t underestimate how important it is to enter these awards, and I’d urge all companies on Aycliffe Business Park to get involved in Make Your Mark.

“The morale boost it gives to your company really is tangible – to all your stakeholders, your clients, your suppliers, and, most importantly, your staff.

“When I’ve seen other companies win awards it has spurred me to want to be on that stage picking up awards and getting recognition for your company and employees.”

As usual there are 10 categories in this year’s Make Your Mark awards – but the deadline to enter is next Thursday (April 12).

Click here for more details, to enter or to buy tickets for the evening itself.