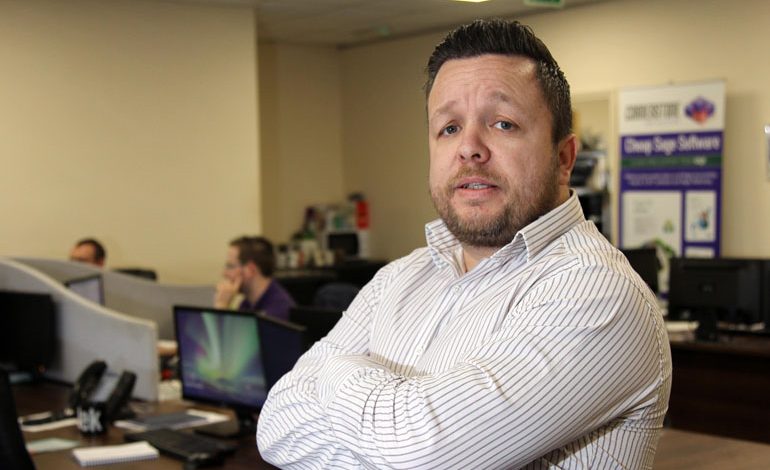 Recently voted Best IT Services Company in the North-East in the UK Corporate Excellence Awards, Stockton-based Cornerstone aims to provide the service to SME businesses across the area as the only Business Partners of Virgin Media Business across the entire region.

Running on next generation optical fibre cables, Virgin Media Business’s ultrafast business broadband – with speeds of up to 300Mbps – is more than three times faster than the next fastest available on the open market.

After much success in Hartlepool, Cornerstone is now providing the service to dozens of companies on Middlesbrough’s bustling Riverside Park industrial estate, after identifying areas with poor broadband speeds.

While the ultrafast broadband from Virgin isn’t available to homes in the Aycliffe area, Virgin leased lines are available, with massive discounts which are only available until August.

Acting like an instant upgrade for devices and apps, superfast broadband will allow businesses to move easily between cloud apps and video streams while copying massive files and loading new web content.

Cornerstone managing director Chris Petty said: “You can get a 30MB leased line from £150 per month which would normally cost thousands.

“It’s a no brainer for most businesses because we’re talking about by far the fastest broadband speeds ever so it’s a fantastic product.

“There are literally dozens of business parks around the North-East with poor broadband speeds.

“Everybody wants things faster, whether it’s emails, web pages, online backups or whatever. We all know how frustrating it can be with slow bandwidth.

“If you run a small business that struggles with a sluggish broadband connection then this is going to revolutionise your business.

“Some of the Riverside Park organisations who’ve signed up for our 300Mbps service were previously struggling along on incredibly slow broadband speeds so this is going to revolutionise their business. Others we’ve spoken to were paying up to £6,000 a year for a leased line.

“It’s understandably proving massively popular, and we’ve identified Aycliffe Business Park as another area with similar ultrafast issues that we can solve.”

Cornerstone has already been working with Virgin Media Business for over a year, providing effective and fast solutions for companies across the region.

Petty added: “Virgin Media Business is a great a brand, associated with excellence, so to become one of their sole Business Partners was a fantastic achievement and one that reflects well on the company and our professional team.

“With partnerships already in place with global technology brands such as Sage, IBM, Microsoft, VMware, Dell and Cisco, it’s another big endorsement for us.”

To enquire about Cornerstone’s Virgin Media Business service, give their team a call on 0845 223 2400 or go to cornerstonebs.co.uk