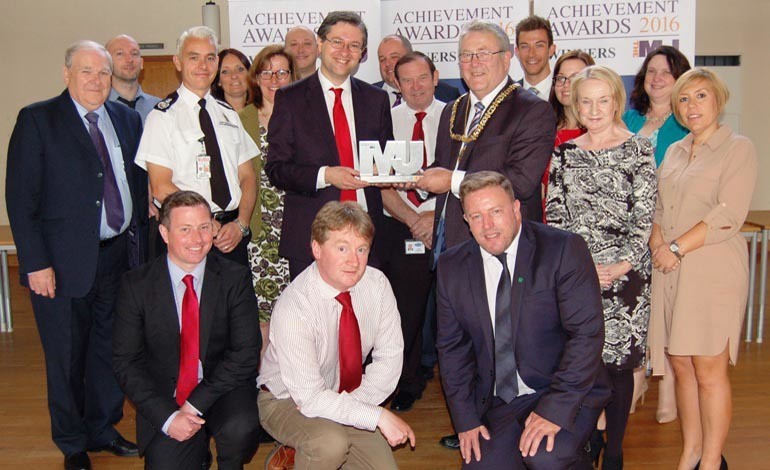 How Durham County Council involves local residents in decision making and scrutiny has been officially recognised with a national award.

The 2016 MJ Achievement Award for Excellence in Governance and Scrutiny, sponsored by the Centre for Public Scrutiny, was presented to the council for its innovative approach to engaging with the public.

The award recognised the council’s Area Action Partnerships (AAP), the scrutiny review of 20mph zones and subsequent ‘Slow to 20’ road safety campaign, and the consultation carried out over the devolution proposals for County Durham alongside other recent successes.

Cllr Simon Henig, Leader of Durham County Council, said: “The council is committed to making sure residents are at the heart of everything we do so we’re extremely proud that this has been recognised with such a prestigious award.

“The last few years have seen major change across the county and the wider region which shows no sign of slowing down with the devolution agreement now firmly on the horizon. So now, more than ever, it’s vital that we not only make sure residents are kept fully informed but continue to make sure they have a major say on the future direction of their county.”

As part of the development of the north east devolution proposals, the council was unique in its approach to ensuring the involvement of residents.

Working with the Electoral Reform Service, everyone in the county on the electoral register was contacted for their views on the devolution proposal.

With questions written independently by Durham University, this saw nearly 82,000 people respond (21.7% of the population). This information was used by the council to inform its final decision on whether to sign up to devolution.

Created in 2009, the AAPs were set up to ensure the voice of local communities was heard in decision making.

This unique approach to community governance has seen 14 AAPs set up to cover the whole county which are able to set local priorities backed by neighbourhood budgets. They hold regular meetings which are attended by councillors as well as public and private sector partners alongside local residents.

In 2015, the council’s Safer and Stronger Communities scrutiny committee, following previous review work and concerns about child road traffic casualties, was commissioned by the council’s Cabinet to carry out a review of 20mph zones.

This saw the creation of the Slow to 20 campaign which resulted in temporary 20mph zones put in place around an initial 33 schools with the highest accident rates, and an expansion of the scheme to cover more schools within the same budget.

In addition, targeted work was carried out with the schools to create messages from the pupils’ themselves to increase local awareness and safety and a new policy on 20mph limits was also developed.