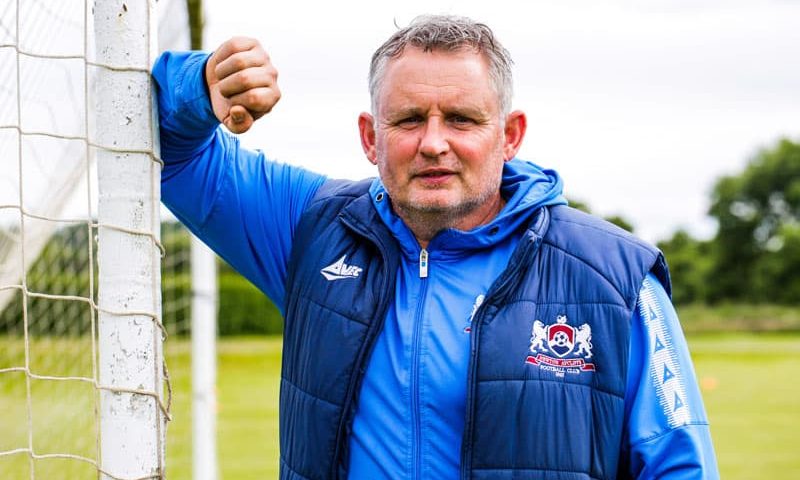 Newton Aycliffe FC boss Brian Atkinson wants the town to get behind the team as he looks to build on the club’s highest ever Ebac Northern League finish.

The former Sunderland and Darlington midfielder is currently working his way through his first summer in front-line management.

He has quickly realised recruitment is the main focus, while also welcoming back his squad for pre-season training last week.

Even though Atkinson, who has signed four new faces so far, is looking to add more to his ranks in the coming weeks, he also wants to make sure the feelgood factor created last season doesn’t disappear.

Aycliffe’s last match victory at Newcastle Benfield at the end of last season secured fourth place in Division One, finishing only a point behind third placed Thornaby, in what was the club’s highest league finish.

And with a management team consisting of three well-known Newtonians – assistant managers Dan Mellanby and Mark Wood and coach Scott Brassell – he’s hoping to get more fans through the gates this summer and into the 2022-23 season.

Atkinson said: “This club has done well over the last couple of years. The work Colin Stromsoy did previous to me was really good and I was able to build on that.

“Hopefully I have further improved the squad this summer. That’s our plan. We want to finish as high as we can and try to get promotion.

“The lads have been back for one session. It has been hard work over the summer, recruiting new players. 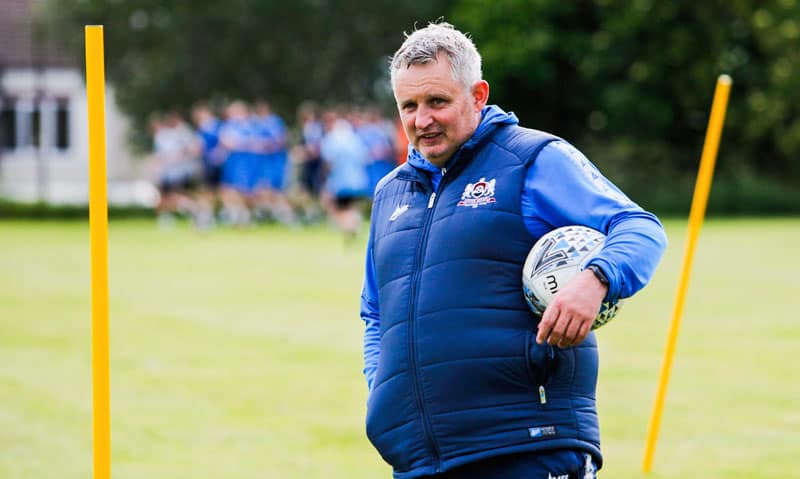 “As it is my first job as a manager, that is what I have had to concentrate on and it’s pretty new to me.

“I haven’t had any time off, it has been about getting those new recruits in for pre-season and the new season and then we go from there.”

Atkinson, who took over following Stromsoy’s departure last November, worked with Aycliffe chairman Allan Oliver more than a decade ago as they stormed from the Durham Alliance League to the Wearside League and then the Northern League in successive seasons – followed by promotion to the top flight in 2011.

The challenge now is to make the most of the work Oliver has done and improve on last season’s success.

It will be a tough task, with Pickering Town dropping down to Division One from the higher league.

Carlisle City and Heaton Stannington have come up from Division Two, while Consett and North Shields moved into NPL East.

Only the Two Law game is away from Moore Lane and Atkinson is excited by the prospect of hosting some higher ranked opposition from close to home, including his former club Darlington.

He said: “We have to raise funds so hopefully there will be some good numbers coming along to watch those games.

“Hopefully the Darlington and Spennymoor games, all of them really, will help us get the fitness and preparation right, but it would also be nice to have some good gates to help us to start the new season the right way.

“We need to get the gates up. They haven’t been great over the last couple of years, hopefully we can get a product on the pitch we can all be proud of and people of Newton Aycliffe can come and watch.

“Allan has been great since I came back. He has helped me a lot. I have asked for his advice. He has given me that. He has let me get on with it which is great.

“Fingers crossed we can keep that going and we can really build on last season.”

Aycliffe’s pre-season friendly with Darlington on Tuesday, July 5, kicks off at 7.30pm at the Beaumont Landscapes Stadium – admission is £7 adults, £5 concessions.