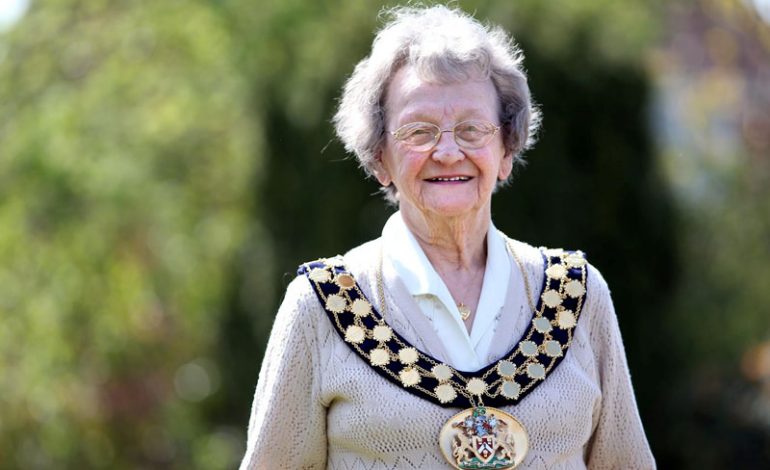 A leading independent councillor has labelled Aycliffe’s latest selections as “ridiculous” after great grandmother Mary Dalton was appointed the town’s mayor for a fifth time.

The selections, made during Great Aycliffe Town Council’s AGM last week, were met by opposition from some members who said the council was a “Labour dictatorship”.

Independent councillor Arun Chandran said they were ridiculous, adding: “It’s very sad that Labour insists on being tribal on these things and that others just as capable and long-serving don’t get a look in, just because they’re not Labour.

“Soon we will have an entire wall in the council chamber with photos of mayors all the same person!”

Cllr Dalton said: “You’re always going to get opposition in elections but all the councillors get on and there’s no animosity between us.

“I am very pleased to be selected because I’m on my own – it’s a role to keep me busy and I enjoy it.”

During the same meeting, Labour Cllr Wendy Hillary was proposed as deputy mayor by the majority group. Opposition Cllr George Gray proposed Cllr Sandra Haigh on the grounds that she had been a councillor for 14 years. Cllr Chandran demanded a named vote and Cllr Hillary was elected 19-8.

Cllr John Clare added: “Named votes are a way of telling the public ‘these are the ones who did that!’. Councillors call for a vote when they think taking a certain stand will gain them kudos, or their opponents’ condemnation.

“When the council has to make a difficult decision, it can be a form of bullying – seeing who is prepared to put their name to an action. Generally, it is a tiresome and time-consuming political tactic.”