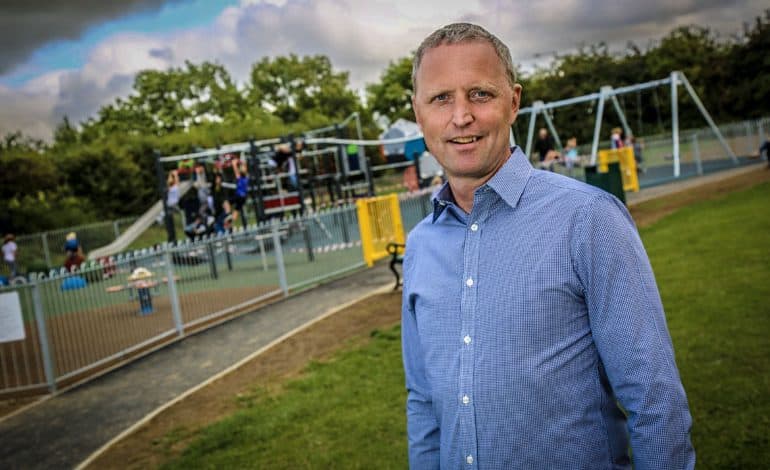 Newton Aycliffe’s latest outdoor play area is yet another fantastic facility for the community, says the boss of one of the organisations that helped to fund it.

A partnership fundraising effort of £150,000 has helped to rejuvenate the once derelict wasteland at Cobblers Hall into a brilliant new outdoor play facility.

The project – initially thought up by councillors John and Barbara Clare – came to fruition thanks to the Great Aycliffe and Middridge Partnership’s support.

GAMP facilitated £65,000-worth of funding towards the overall cost – this was made up of £20,000 from GAMP’s own area budget and £15,000 each (£45,000 total) from the neighbourhood budgets of Cllr Clare and former councillors Joan Gray and Mike Dixon, which is facilitated by GAMP, plus a further £15,000 from Durham County Council’s Delivering Differently fund.

The partnership’s funding was crucial towards the project as that triggered a £75,000 match-funding offer from Great Aycliffe Town Council, which also acquired the land from Durham County Council on a 99-year lease. 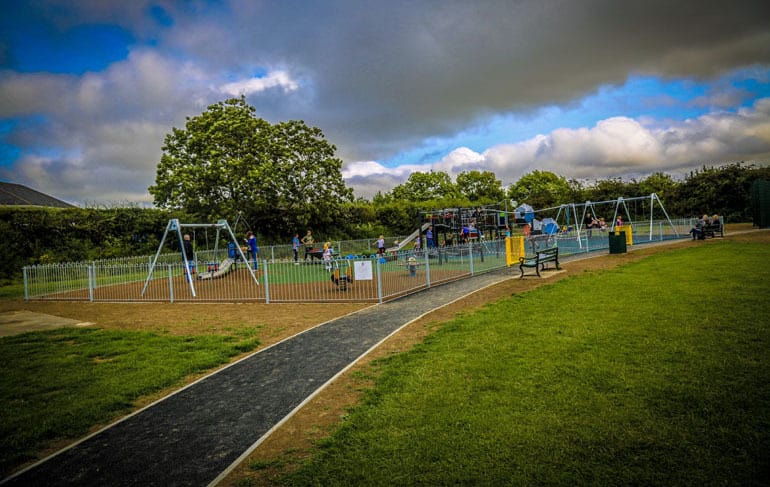 GAMP facilitates £100,000-worth of grants from its area fund alone, with a further £140,000 from the seven county councillors’ neighbourhood budgets being spent on community-related initiatives in Aycliffe and Middridge every year.

The Cobblers Hall investment therefore represents 27% of GAMP’s combined 2017-18 spending, including neighbourhood budgets, making it a hugely important project for the town.

Click here to see our Video Interview with Brian

“I work just over the road at the Pioneering Care Centre so I go past here twice a day, and the park has been busy since it opened. 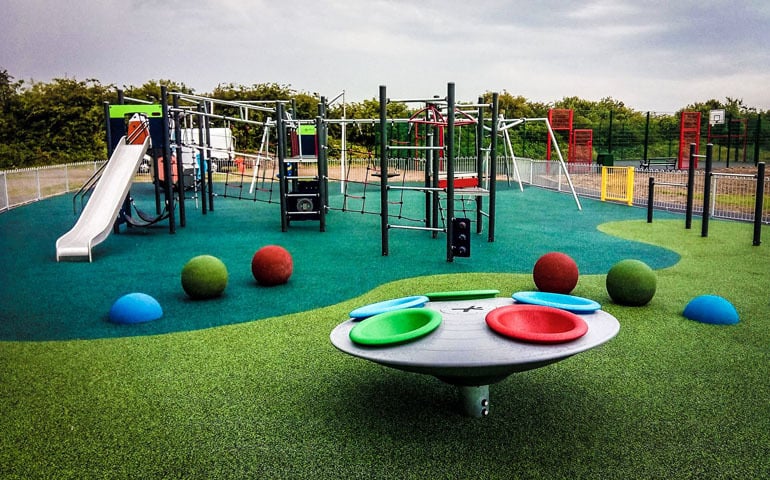 “In Aycliffe we’re inundated with high-quality play areas and outdoor areas so it’s just another brilliant facility for the people of Great Aycliffe and Middridge.”

It has recently completed its latest call-out for the new financial year, with 12 successful projects due to go to full technical appraisal which will allocate GAMP’s fund for 2018-19.