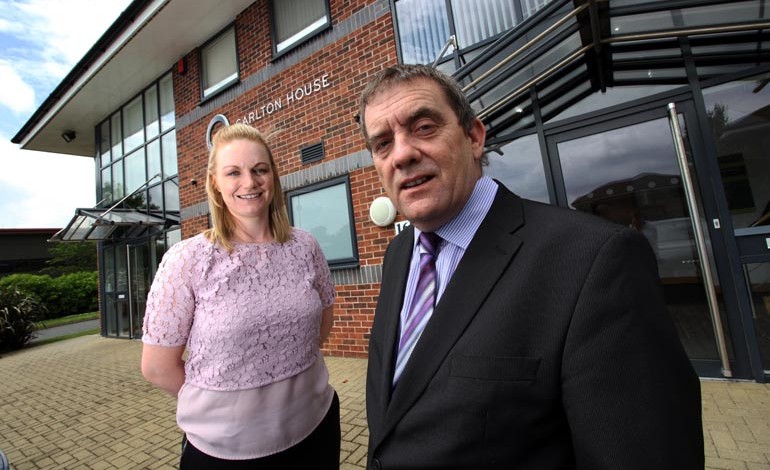 An ambitious new recruitment agency has been set-up specifically to tackle the skills shortages in engineering and manufacturing.

County Durham entrepreneur Lisa Fleming has launched DH Recruitment, which is part of the successful Driver Hire Darlington franchise she started in 2011.

She has appointed experienced engineering recruitment expert Rob Binnie as business development manager, who has joined her Newton Aycliffe-based team from global firm Intertek, a FTSE 100-listed business which works with clients around the world in auditing, inspection, sourcing, training and testing.

Lisa has set an ambitious target of growing her franchise, which is already on target to hit £500,000 in annual turnover at the end of July, by a further 50%, and create up to three new posts within the recruitment division.

Rob, a former HGV mechanic and tool-maker originally from London, has spent the last 25 years specialising in technical recruitment for Intertek.

He was based at the firm’s Hamilton office in Scotland, managing its recruitment division which specialised in the oil and gas sector.

And he says his knowledge of the industry gives him an edge.

“It gives me a big advantage when I’m talking to businesses because I understand their needs and the skills they require,” said Rob.

“There’s a huge shortage of skills in the engineering and manufacturing sectors. There was a 10-20-year period when there was virtually no Apprenticeships.

“I think I’m perfectly placed to help businesses. It’s about having the ability to spot the difference between those who can and can’t do the job, and making sure you know the candidates know what they’re talking about.

“I was hung upside down as an Apprentice many years ago. I became a HGV mechanic then later a tool-maker and fitter, so I’ve been there and done it.

“Unless you can walk into a business with the scars, I don’t believe you can talk to them with authority. Firms want to have confidence in knowing they’re dealing with someone who knows the industry inside-out.

“Not only do I understand industry, but I also have almost 4,000 technical people on my database, so I’d like to think I can put my hand on any kind of candidate and help firms looking to fill both temporary and permanent roles.”

Now Driver Hire Darlington, based in Carlton House at the HUB Workspace on Aycliffe Business Park, has more than 100 drivers on the books and supplies them to around 30 clients in the DL area.

“DH Recruitment allows us to specialise in other sectors,” said Lisa.

“So we’re looking at all areas of business, including engineering and manufacturing, to assist businesses with all of their recruitment needs.

“We’re well aware of the skills shortages that exist in the area and we want to help firms.

“Rob used to be an engineer so he understands that sector and he knows what businesses need, and it’s a coup to have him join the company.

“We’re hoping DH Recruitment will be just as successful as Driver Hire, and the aim is to put another 50% growth on the business over the next 12 months and create another two to three new jobs.”

DH Recruitment are offering a special introductory deal of just 10% to all new clients for the next two months.