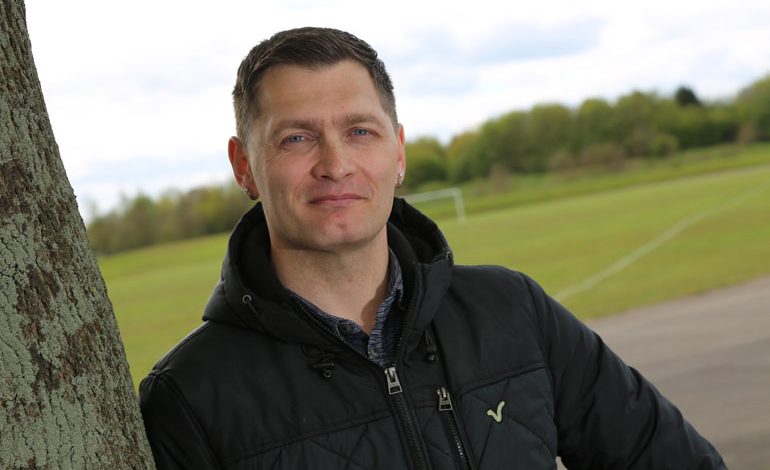 A Newton Aycliffe man has launched an ambitious bid to bring back the once traditional Great Aycliffe Show.

Married father-of-three Russ Gibson wants to relaunch the annual event, which was dropped by Aycliffe Town Council in 2015 due to budget cuts and replaced with smaller festivals around the town, in the summer of 2018.

The 35-year-old former Greenfield School pupil, who has always lived in Aycliffe, says the show – which even at its low point still attracted more than 20,000 visitors over the weekend – was a big part of the town’s heritage and has been a huge loss to the local community calendar.

“I was brought up with the Great Aycliffe Show and I don’t know anyone who didn’t go to them at some point,” says Russ.

“I think the show lost its way a little, and then due to budget cuts, it was understandable that the council could no longer fund it any more through tax payers’ money.

“But I’ve always thought it left a huge gap for the town’s community. A town of Aycliffe’s size, with around 30,000 people in it, should have an annual event like this.

“I was brought up in Aycliffe and I’m bringing my children up in the town – and want them to grow up and be proud to call this town their home.

“I’m no politician, I’m just an ordinary member of the public. But I think the town’s history is amazing. I’ve seen the bad times and great times – but most of all, no matter what’s said about it, this town has a fantastic community spirit.”

He said: “It would need to be commercially-viable, of course, but I’ve already had very initial discussions with a major events company about potential attractions and we’re currently looking into the numbers, and trying to determine the realistic financial viability.

“But I firmly believe, if marketed properly and with the right attractions, that it would be overwhelmingly supported by the general public.

“When the decision was announced that the Great Aycliffe Show would end and be replaced with the festival it was more of a relief than disappointment as it had become a shadow of its former self.

“But in my opinion the town has now lost its identity. There’s no excitement anymore, and it just feels like there’s something missing.

“So we’re appealing for help and support from the community and businesses to hopefully make this happen in 2018.”

You can show your support to the plans for the new Great Aycliffe Show via Russ’ Facebook page: www.facebook.com/greataycliffeshow