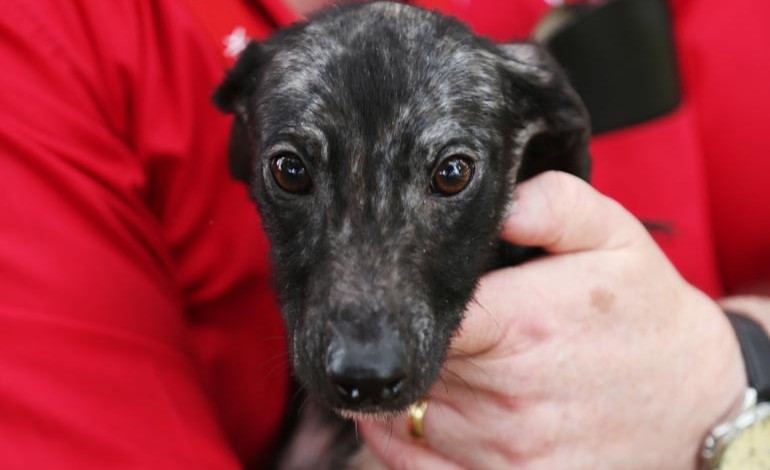 That’s the stark warning being issued by the RSPCA, Durham Constabulary and Durham County Council as the agencies join forces to tackle the heartbreak caused by unlicensed and unscrupulous puppy traders.

Sick and dying puppies, poor housing conditions and paperwork which is either non-existent or fake are amongst a raft of complaints received by the agencies from concerned members of the public in the county.

Rogue traders can make big profits from selling puppies to unsuspecting members of the public and are becoming increasingly sophisticated in their methods.

With little thought for animal welfare, puppies are often imported without paperwork and buyers are left with little hope of redress.

Last year the RSPCA received 157 calls from people in County Durham raising concerns about the puppy trade – compared to just 29 in 2010 – a rise of more than 500%!

Police have also warned that behind the facade of a respectable seller is sometimes a web of organised crime.

In addition the county council is experiencing a rise in the number of people reporting rogue traders and poor animal welfare.

As a result the agencies are issuing the public with a list of five Dos and Don’ts if they are considering buying a puppy.

DO:
Do ask to see a pedigree/breed certificate or Kennel Club registration and look at it carefully.
Do ask for the vaccination certificate – all puppies over 8 weeks should have had at least one vaccination. Check the date and place of birth.
Do check veterinary documents if the puppy has a docked tail – all puppies with docked tails should carry a relevant certificate. Contact the vet on the documents if you are worried.
Do check the puppy is microchipped – from 2016 all breeders will be required by law to ensure all puppies they are selling are microchipped. A sticker with a chip number should be provided.
Do ask to see the breeder’s license (a list of licensed breeders is published at www.durham.gov.uk/buyingapuppy ) If you have any concerns regarding breeding, contact Durham County Council.

Don’t:
Don’t be afraid to walk away if any of the paperwork is absent, looks fake or indicates the puppy has come from outside the UK.
Don’t take a child with you to buy a puppy.
Don’t hand over your address or personal details to anyone in advance of checking out the puppy’s documentation.
Don’t leave with the puppy but not the paperwork.
Don’t think a high price is a guarantee of good breeding practices or animal welfare.
Even if you are happy all is well, the agencies advise a puppy vet check within 72 hours of purchase, regardless of how the puppy appears.

RSPCA Chief Inspector Mark Gent said: “Many puppies are been being sold with no regard to welfare, legislation or YOU the buyer! Dealers are making vast amounts of money for themselves, but leaving a trail of pain and suffering behind them. 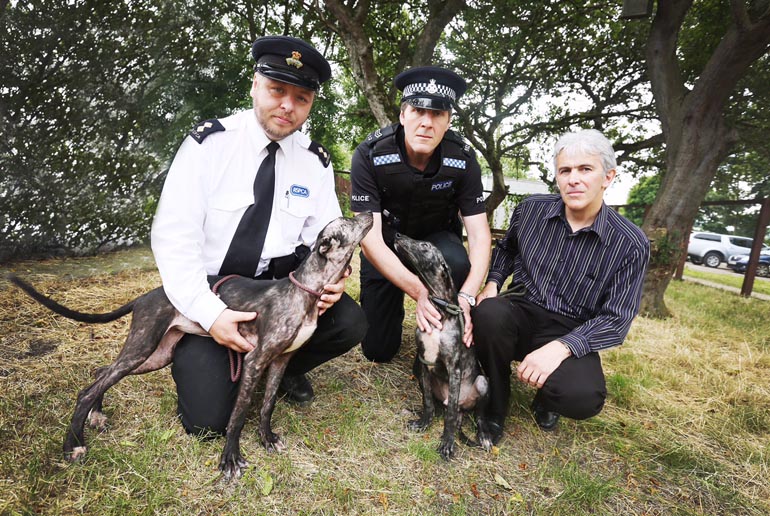 “Many of these puppies are bred in large breeding barns in poor conditions and sold in bulk to dealers. They can come from countries such as Eire, Hungary, Poland and Lithuania. They are sold on quickly to unsuspecting buyers paying upwards of £500 per pup. They often come with no documentation or forged, incomplete or inadequate papers.

“The biggest problem can be that once a customer is holding the puppy they forget to check all these things out.”

Durham Constabulary Neighbourhood Inspector, Martin Peace, said: “It is difficult to seek redress once a purchase has been completed and the puppy has been taken home.

“We have had cases where people have purchased puppies and tried to take them back when they have quickly become sick only to be threatened by the people they bought them from, thus exposing the sellers as the criminals they are, and hence our warning not to hand over your personal details until you have checked the puppy’s documentation is in order.

“Often proceeds from the sales of the puppies are fed back into the criminal world and so a seemingly innocent purchase could actually be feeding organised crime, which is why we are asking people to take the time to make those all-important paper trail checks before leaving with a dog.”

Michael Yeadon, health protection manager at Durham County Council, said: “The guidance regarding dog breeding has been clarified. Now it doesn’t matter how many breeding dogs you have or how many litters they produce a year, if you are making a profit from selling puppies it’s very likely you’ll need a license.

“We want to work together to stop unscrupulous puppy pedalling and to protect everyone from the heartache of bringing a puppy home and finding out it wasn’t everything you hoped it would be.”

Chief Inspector Gent again: “The public has proven very responsive to previous messages regarding things like asking to see the bitch and dog and assessing whether they think the puppy looks well.

“However rogue traders become increasingly wise to these things so the best way to protect yourself is to make sure the paper trail behind your puppy is correct.

“If you have any doubts at all do not be afraid to walk away.”

More advice and information, including a list of all licenced puppy breeders in County Durham is available at www.durham.gov.uk/buyingapuppy

Anyone who wants to report animal welfare concerns should contact the RSPCA on 0300 1234 999.

For any concerns on your rights as a consumer with any purchases contact the Consumer Helpline on 0345 404 0506.