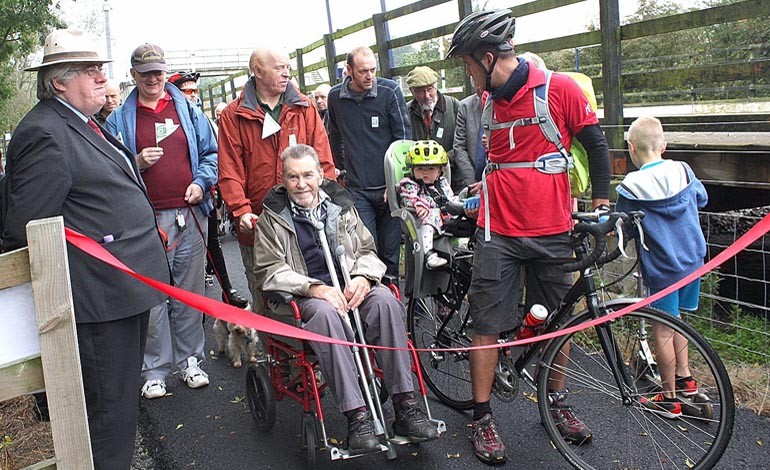 Special celebrations to mark a milestone in the history of the Stockton and Darlington Railway will see an afternoon of non-stop activity and entertainment.

The Friends of the Stockton and Darlington Railway have organized an event which will feature steam train rides, heritage walks, exhibitions, displays and performances by local entertainers.

It’s being held at Locomotion, NRM Shildon, on 1st October to commemorate the opening of the line on 27th September, 1825, when it became the world’s first public railway to be operated partly by steam.

The Friends group was formed three years ago to protect and promote ‘this highly important part of world railway heritage’, and believes that its 191st anniversary celebration programme at Locomotion will appeal to families from all parts of County Durham as well as rail enthusiasts from much further afield.

The major highlight of the day will be a sponsored ‘jaunt’ for walkers, wheelchair-users, runners, and cyclists, along the recently-opened tarmac path beside the railway line between Shildon and Newton Aycliffe and on to the Locomotion site (opening pictured above), which has been organised by the Rotary Club of Newton Aycliffe.

Proceeds will be shared between the Mayor of Shildon’s charity (the NSPCC) and deserving causes nominated by participants.

“Shildon is recognised as the cradle of the railways while Aycliffe is witnessing the re-birth of its railway links with the arrival of train-builders Hitachi.”

The Mayor of Great Aycliffe, Jed Hillary, will be at the Newton Aycliffe railway station for the 2pm start of the Jaunt and the Mayor of Shildon (and Chair of the Friends of the Stockton and Darlington Railway), Mrs Trish Pemberton, will welcome those taking part when they arrive at Locomotion, where a civic reception will take place to celebrate both railways past and railways present.

As well as display stands and heritage walks there will be rides provided for a small charge by the celebrated Furness steam engine.

There will also be railway-themed exhibitions by the Middleton Hall Photography Group, railway artist John Wigston, the Brusselton Incline Group of railway conservation volunteers and others, including Jane Hackworth-Young, descendant of steam locomotive engineer Timothy Hackworth.

Entertainment will be provided by the Durham Music Service and local performers.

This exciting programme of events is being jointly organised by the Friends of the Stockton and Darlington Railway and the Rotary Club of Newton Aycliffe.

“All in all, it promises to be a most interesting and important day in the history of the two communities and we are most grateful to those who have supported the project,” added Syd.