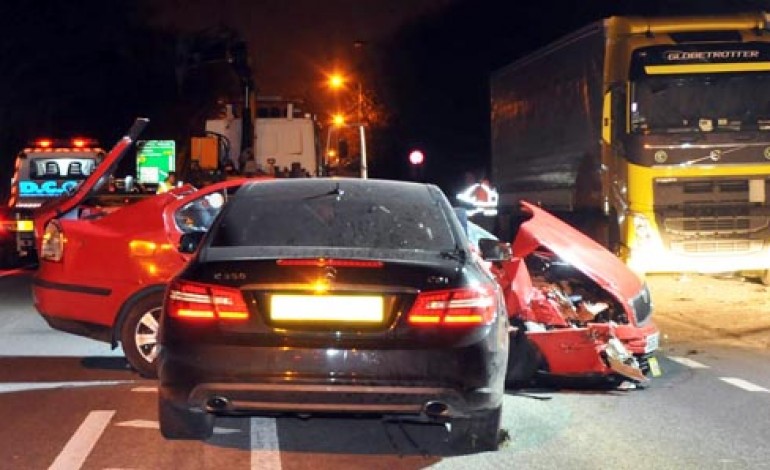 Police are appealing for witnesses to a serious road traffic collision that occurred in Newton Aycliffe on Friday night.

A black coloured Mercedes E350 collided with a red coloured Skoda Octavia taxi, resulting in the Mercedes leaving the road, on the A167 in between the Gretna Green pub and Central Avenue junction, at around 8:10pm on Friday (27th March).

The driver of the taxi, a 36-year-old man from the Darlington area was airlifted to the James Cook Hospital in Middlesbrough suffering from serious injuries. The man remains in hospital and his condition is described as critical but stable.

He had two passengers, a 50-year-old man and a 45-year-old woman, both of whom were also from Darlington. They were treated at the same hospital for minor injuries. The driver of the Mercedes, a man aged 26 from Newton Aycliffe was uninjured.

Anybody who may have witnessed the collision or has information which may assist the investigation is asked to contact the Cleveland and Durham Specialist Operations Unit on 101 ext: 742704.