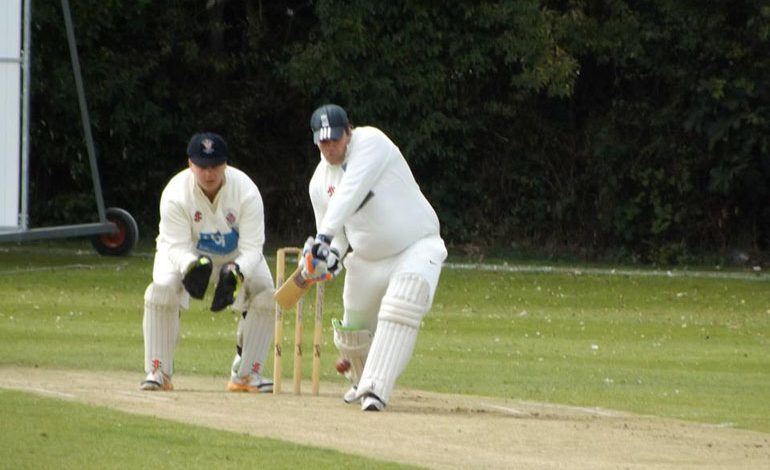 Aycliffe’s first team could only manage a draw away at bottom of the table Maltby in a high scoring game. Aycliffe opener Luke Telford (sponsored by Dr Subhan Christudas, pictured above) was desperately unlucky to get out when he was caught on 99 and on the verge of his deserved first ever century. Luke’s superb innings lasted 101 balls and he hit 18 boundaries before being dismissed.

The second team struggled for numbers due to holidays and unavailability and it showed as the weakened side were completely outplayed when they lost by 176 runs away at Bedale 2nd XI. Captain Joe Haines again led from the front when he top scored with 22 from 37 balls faced and his innings included three boundaries and 14 year old Leo Mercy was the pick of the young Aycliffe bowlers taking 1 for 28.

Aycliffe’s first team got back to winning ways with a superb 53 run victory at home to bogey team Barnard Castle 2nd XI. Adam Gittins (sponsored by Pheonix Energy and Jack and Jake Connors)) top scored for Aycliffe with a superb innings of 63 from 147 balls faced and he hit seven boundaries.
Aycliffe collected a handsome total of 37 points over the weekend and now sit in third place in the 2nd division table with 305 points and only 3 games left to play.

The second team were again under strength and it was no suprise that they were well beaten by 146 runs away at Sedgefield 2nd team. Fourtneen-year-old Leo Mercy again showed his potential when he finished with his best ever senior bowling figures of 4 for 35 from 10 overs and captain Joe Haines (sponsored by Pheonix Energy) also had a good game chipping in with runs, wickets and a catch. Special mention must go to 17-year-old Alex Paterson who made her debut for Aycliffe and became only the second female to represent the club at senior level and performed very well in difficult circumstances.
The seconds clearly had a challenging weekend picking up only 10 points from their two fixtures and now sit in 7th place in the table with 136 points and with only one game left to play.