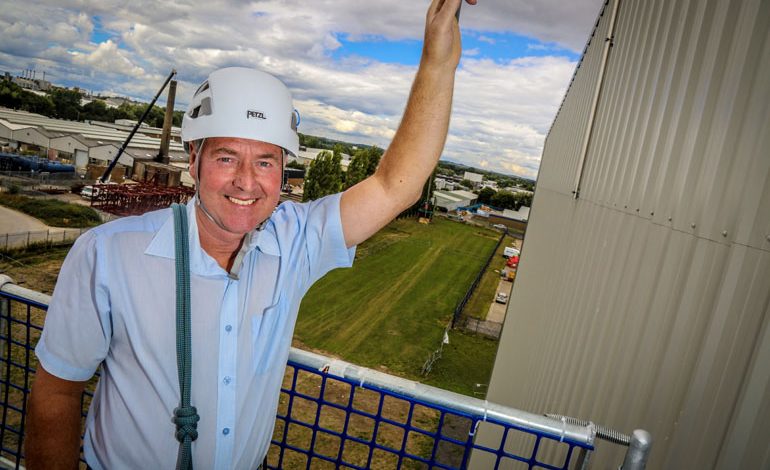 And you land on top of an old London double-decker bus!

North-East thrill-seekers looking for their next adrenaline fix can now try a unique zip line – with an old London double-decker bus as the landing pad!

The 200-metre line is the latest attraction launched by the ROF 59 activity centre in Newton Aycliffe.

Those brave enough to give it a go will leap from a 19-metre platform before racing across the skyline at speeds of between 30 and 35mph, providing scenic views of Aycliffe Business Park, before coming to a stop on the old bus.

It’s thought to be the only zip line of its kind in the North-East, and it has now opened to the general public.

ROF 59 founder John Finley said: “We wanted to come up with something completely different. 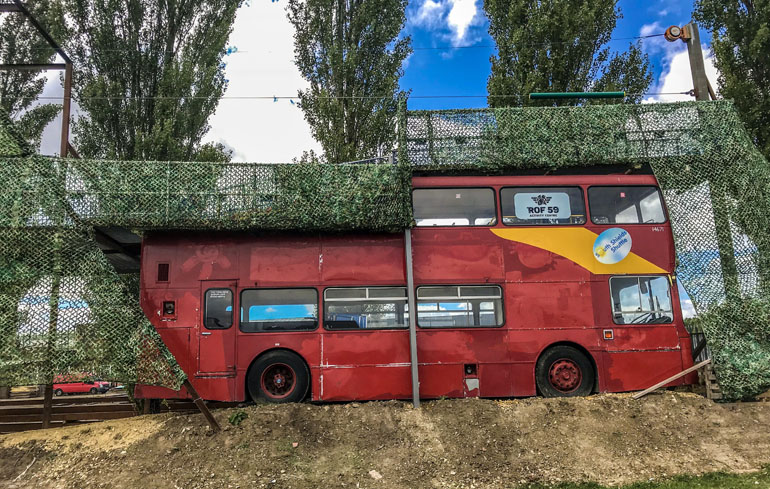 “We’ve had the land for a lot of years, and I had the idea when we first launched ROF 59 nearly three years ago.

“We were granted planning permission for it two years ago so it has been a work in progress – but we’ve tinkered with it because we wanted to get it absolutely spot on.

“Then came the bus idea. We needed a landing area to be at least five metres up from ground level, and we acquired an old London-style open-top bus, so we secured it into place and renovated it to create a bespoke landing pad. It really is quite unique.”

ROF 59 utilised the expert services of Lancashire-based Entre-Prises to install the new zip line, which is one of many new attractions added to ROF 59 in the last 12 months. 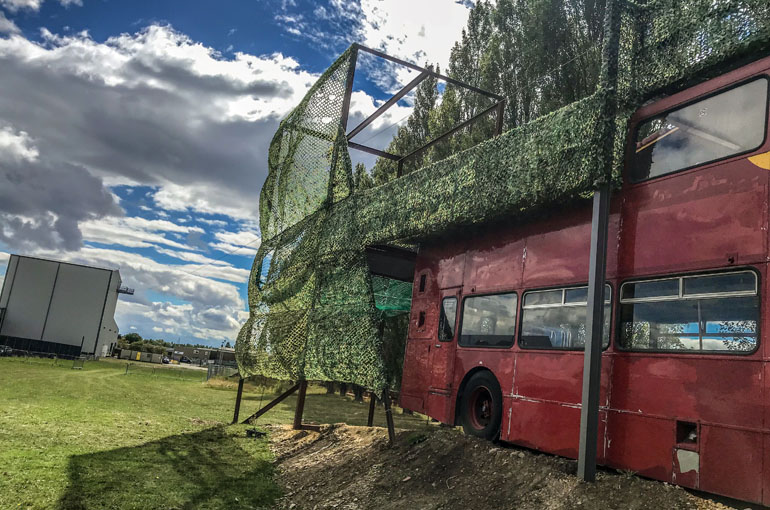 Earlier this year, a hair-raising 19-metre drop-zone was installed, where daredevil participants must rustle the courage to throw themselves off a platform but land safely to the ground thanks to a harness and a freefall auto belay.

Finley added: “We’d love to see the people of the North-East support what we’re doing here. 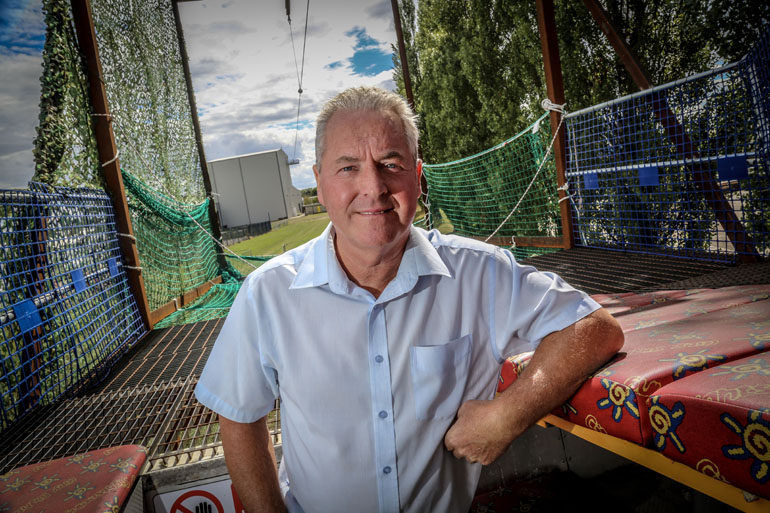 “We’ve created more and more attractions for parents to get involved in, so it isn’t just a drop-off point for children, there’s enough here to choose from you can either take part in a single activity or stay the whole day and enjoy everything we have to offer for the whole family.

“We’re always trying to come up with new and exciting ideas different from anything in the area and we think this is a genuine first for the North-East.

“But it won’t stop here – I’m already thinking of my next new and exciting activity, so watch this space!”