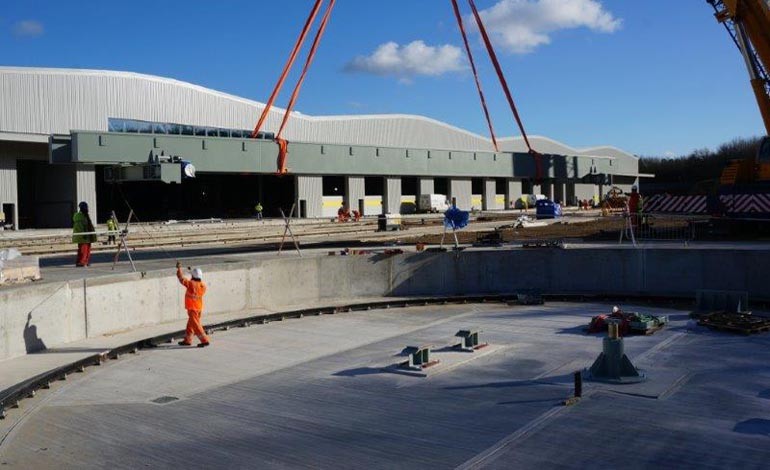 An 80-tonne piece of steel designed to turn train carriages around has been installed at Hitachi Rail Europe’s train-making facility in Newton Aycliffe.

The building and fit-out of the Japanese firm’s £82m facility is expected to be completed later this year, with its first trains expected to roll off the production line early 2016.

Lloyds Somers, the manufacturing division of Birmingham’s national lifting equipment specialist Lloyds British, says it has set a rail industry milestone with the design, manufacture and supply of an 80-tonne, 23-metre rail vehicle turntable, as well as a bogie test turntable, at the site on Aycliffe Business Park.

It’s the first time in 50 years that such a large piece of bespoke rail equipment has been constructed in the UK, says Lloyds British, with consultancy and development being handled at Lloyds British’s West Midlands-based design headquarters in Wednesbury, and manufacture taking place at the organisation’s Swansea facility.

Lloyds Somers director Steve Reece, who headed up the project, said: “To be the first UK company in 50 years to be entrusted with crafting and supplying such an enormous piece of bespoke equipment is indeed an accolade.

“It’s fantastic to see the UK recognised for its unrivalled design and manufacturing skills, particularly within an industry as high profile as rail.

“Key to our success was the fact that Lloyds British has all the skills to complete such a project under one corporate roof, from the consultancy and the design, right through to the manufacture and installation.

“This meant that a crucial structural component was able to meet exacting demands and be delivered on time, and on budget.”

See a picture gallery below of the turntable being installed at the Hitachi site. 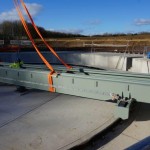 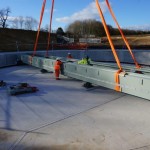 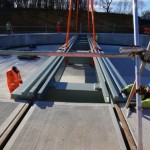 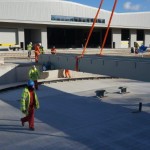 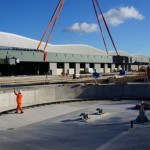 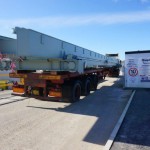