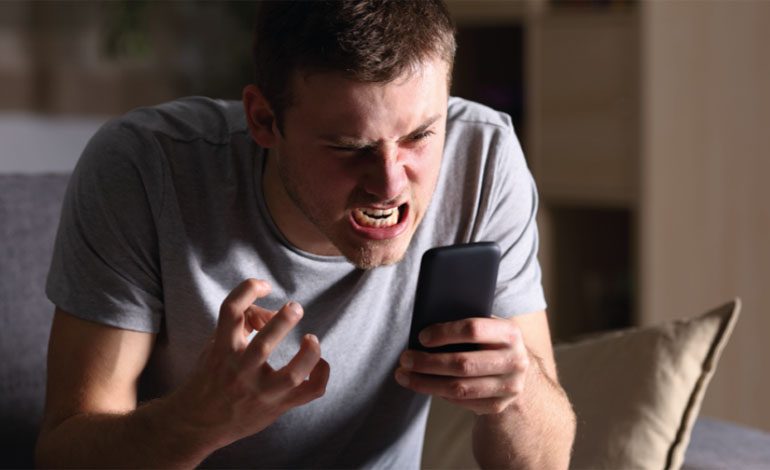 There’s a lot to be argued about in this world, but one thing’s for sure – we are all outraged by cold calls.

On a daily basis Brits will experience incessant calls from withheld numbers, ones we simply do not recognise, and the persistent caller on the other end of the phone who simply will not take no for an answer.

According to recent reports from The Information Commissioner’s Office (ICO), more than 104,000 complaints were made about nuisance calls and messages between January and September 2018.

With Ofcom estimating more than 3.9 billion cold calls and texts were made in Britain alone in 2018.

As a result, Recyclezone.org.uk analysed a customer experience survey conducted by Ofcom* to better understand the extent of the cold call problem and how consumers react.

The survey revealed that despite technological advances only 69% of UK adults use a smartphone, which unsurprisingly is highest among 25-34 year olds (89%).

More interestingly, 16% of those surveyed own a mobile phone without smart features.

With only a mere 5% not owning any sort of telecommunications device, it is clear to see how nuisance calls have become such an epidemic across the UK.

Recyclezone has revealed that the most common type of unsolicited call are ‘Sales & Marketing calls’ with 39% of UK adults having experienced a cold call of this nature.

The North-East region receives 29% of ‘Sales & Marketing calls’ cold calls alone. Coming in second is ‘Silent Calls’ at 19%, compared to 22% across the UK, which is the third most prevalent type of call.

Predictably, a staggering 75% of all those living in the North-East who received a recorded message on either their mobile or landline ‘Hang up immediately’, 1% higher than the UK average.

Whilst 25% of adults in our region admit to ‘Listening to some of the message before hanging up’ (23% in the UK).

Recyclezone has also revealed that the most common intent behind an unsolicited call in the UK is ‘Telling you about a product or service’ with over half of British adults having received a call of this nature (56%).

However, whilst this remains the highest for all UK respondents, data for the North-East shows that ‘Telling you about a competition’ ranks first, with 58% of nuisance calls received.

And ‘Telling you about a product or service’ accounts for 42% of cold calls.

*This survey was updated in September 2018, surveying UK adults of all demographics and social classes. The following questions were analysed: Q.1, Q.6A6B, Q.7Ai7Bi, Q.7Aii7Bii, of which the number of respondents vary per question.