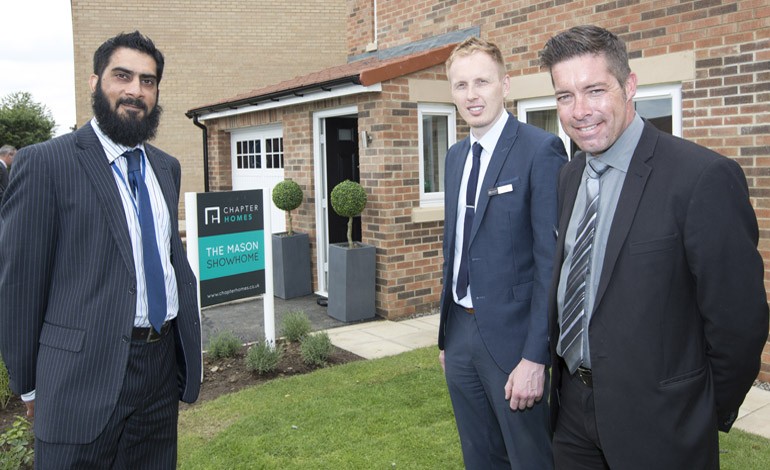 New homebuilder Chapter Homes has reported sales totalling £6.75m in the four weeks following the public launch of its first development in Newton Aycliffe in the summer.

The Durham-based company attributes much of the sales success to the launch of luxury show homes on the Eden Field site.

The three-bedroom Mason and Cuthbert, and four-bedroom detached Desmene show homes were unveiled in August, and since then the developer has seen 48 advance sales with many properties snapped up across the opening weekend which attracted hundreds of potential buyers.

Richard Roddam, chief development officer at Chapter Homes, said: “We’re delighted that the opening of our show homes has generated such a great response among prospective buyers in the area.

“In a relatively short space of time, Eden Field has proven to be a popular development, both with customers and those in the industry, and the new show homes are allowing visitors to see the quality design, choice and finish on offer with a Chapter home.”

The first properties are expected to be ready to move into in October this year with work due to finish on site by November 2018.

Richard added: “We worked very hard to bring our plans to fruition and create a development to be proud of. This latest success is testament to the hard work and dedication of all those involved and firmly positions Chapter Homes on the North East housebuilders map.

Offering homes for buyers at each level of the property market, Eden Field features 125 two, three and four bedroom properties, and is located off Woodham Way in Newton Aycliffe, close to Durham and Darlington.

The Eden Field show homes and sales centre are open from 10am to 5pm Thursday to Monday.