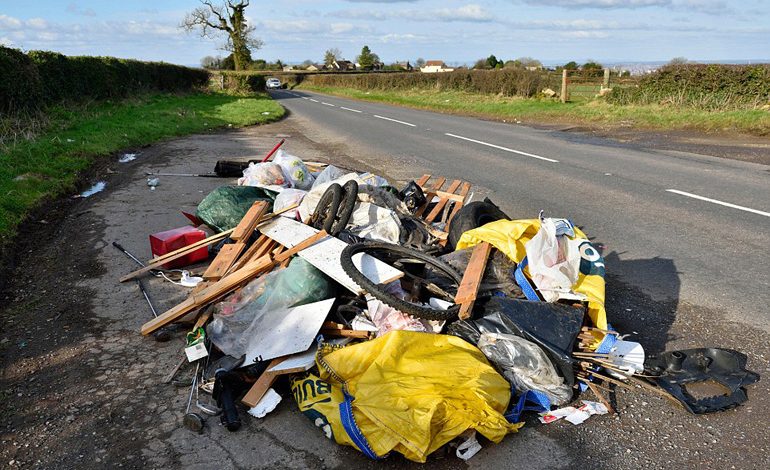 Nearly 500 people are counting the cost of committing environmental crimes in County Durham.

Durham County Council issued 481 Fixed Penalty Notices (FPNs) between April 1 and August 31 this year for offences including littering, flytipping, dog fouling, having untidy yards or gardens and carrying waste without the correct licence.

The largest enforcement figures show that 250 litterbugs each faced paying an £80 FPN for not disposing of waste correctly in a bin. This is an increase of 73 FPNs handed out for littering compared to the same period last year.

A total of 170 FPNs were handed to people whose property had an untidy yard or garden.

As part of Operation Stop It, a multi-agency anti-flytipping campaign, five flytippers were each left £400 worse off after being issued with a FPN for dumping waste.

A further six people were also issued with penalty notices for not having a licence to collect, transport or dispose of waste and one of those. One of the six also received an additional FPN for not having the appropriate waste transfer paperwork.

Ian Hoult, Durham County Council’s neighbourhood protection manager, said: “Enviro-crimes such as littering, dog fouling and untidy yards or gardens are among the issues that most concern our communities

“From 1 April 2017 we have seen a 52 per cent increase in enforcement for environmental crime – giving a clear message that we do listen and we take enviro-crimes very seriously. Such offences will not be tolerated.

“Despite the majority of people across the county being responsible, it is still the minority who fall foul of the law.

“But hopefully this will now serve as a warning that our neighbourhood warden teams work very hard to catch culprits in the act.”

Cllr Brian Stephens, Cabinet member for neighbourhoods and local partnerships, added: “First and foremost we always educate people about the consequences of environmental crimes. However, issuing FPNs is the appropriate option when people break the law.

“It’s very important that we thank people who do take pride in their local environment so we can all enjoy the places we live, work and visit across the whole of County Durham.”

Environmental crimes, including litter, dog fouling and flytipping can be reported online at www.durham.gov.uk or by calling 03000 261 000.

Licensed waste carriers can be found at www.gov.uk/find-registered-waste-carrier and businesses can arrange a waste collection at www.durham.gov.uk/commercialwaste or by calling 03000 262 660.