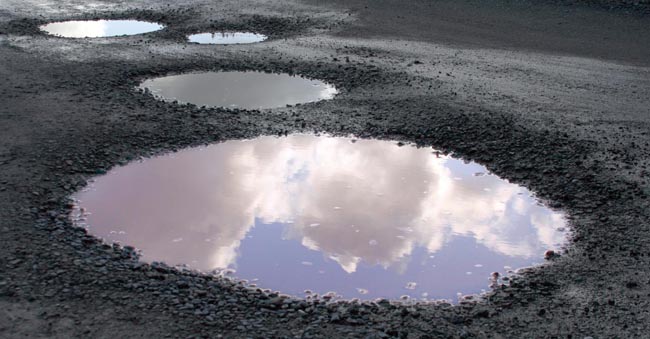 A record £268 million will be spent on improving local roads between 2015 and 2021 in the North-East, Transport Secretary Patrick McLoughlin has revealed.

The investment amounts to £45m a year, enough to fix around 800,000 potholes across the region.

It is the first time councils have been given locked-in funding over this length of time, which will help them plan ahead and save money for the taxpayer.

Mr McLoughlin said: “Roads play a significant part in everyday life. Poorly maintained local roads, blighted by potholes, are a menace to all road users, particularly during the festive period as people travel to see family and friends.

“It is vital we have good quality roads. This government has already taken strong action by spending £1 billion more on local roads maintenance than was spent in the previous parliament.

“This huge investment is part of our long term economic plan to ensure we have a transport network fit for the 21st century.”

The Department for Transport allocates funding to local authorities based on local need, so councils with larger highway networks receive more of the funding.

Over £4.7bn will be shared between 115 councils, while a further £575m will be available through a new challenge fund to help repair and maintain local highway infrastructure such as junctions, bridges and street lighting.

It has also been announced that £578m has been set aside for an incentive fund scheme which will start in 2016 to reward councils who demonstrate they are delivering value for money in carrying out cost effective improvements.

“Councils who think about long term planning and how they work together to share their resources, achieve greater economies of scale and keep the road surface in good repair, ensuring value for money for the taxpayer. Today’s announcement by the Government will help to deliver this.”

Geoff Allister, executive director of the Highways Term Maintenance Association (HTMA) and advocate for the Highways Agency Efficiency Programme, said: “We congratulate the Transport Secretary in taking the step of introducing an incentive element from 2016/17 into the local highways maintenance funding for councils.

“Those that can show they truly understand the value of their asset can plan greater efficiencies and deliver cost-effective, preventative maintenance, making the available money go even further.”