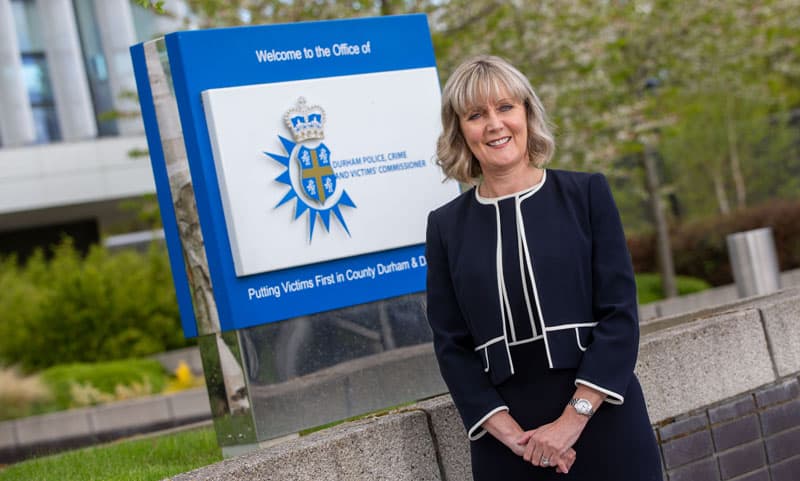 The commissioner presented her proposals to boost local policing which will see 1,365 officers by March 2023 (an increase of 90 on the previous year) – made up of 146 PCSOs and 1,120 police staff.

A busy recruitment programme is already underway and will also see additional call handlers to improve response to 999 and 101 calls for assistance, more staff and investment in information technology and further investment in vital resources such as technology, road safety, and the investigative hub.

The commissioner’s financial plans to support these improvements have been based on a budget of £148.5m.

These figures include an increase in the amount of council tax paid towards policing of £10 this year for the Band D (the average) property. This equates to 19p a week, even less for the majority of households in County Durham and Darlington which are Band A properties, meaning an increase of 13p per week.

Panel members heard that consultation across the entire force area showed that the majority of respondents supported the Commissioner’s proposals.

After questions and debate, the panel voted in favour of the recommendation to increase the amount of council tax paid towards policing for an average household (Band D) by £10 a year.

Commissioner Allen said: “People want to see real community policing on the streets and I am committed to delivering that.

“There will be an extra 226 police officers on the streets by March 2023 and my budget will support that.

“I recognise that a visible policing presence is important to law-abiding residents and I am determined to do everything possible to enhance that.

“My budget is designed to provide the Chief Constable with the resources to deliver the priorities in my Police and Crime Plan. This will deliver tangible change to meet the expectations of local residents, expectations that they have made very clear during my public consultations.

“I’m grateful to all those who supported my proposals and assure them that I will be lobbying the Government for a fairer settlement for County Durham and Darlington in the future, to return police officer strength to 2010 levels. The amount each force receives from the Government varies greatly and this cannot be fair. I will continue to push for a better funding settlement.”

Despite the welcomed boost in officer numbers, the force will still remain short on 2010 levels, with 153 fewer officers on the ground compared to 2010. By comparison, neighbouring forces will have increased their numbers by 190.

The government has also recently announced plans to review the police funding formula allocation in future which could see Durham losing out significantly, putting exceptional strain on the budget and frontline policing.

This, coupled with the fact that a precept rise does not have the same impact in Durham as neighbouring counties due to the high proportion of Band A properties, will continue to place the force at a disadvantage in comparison to other areas.