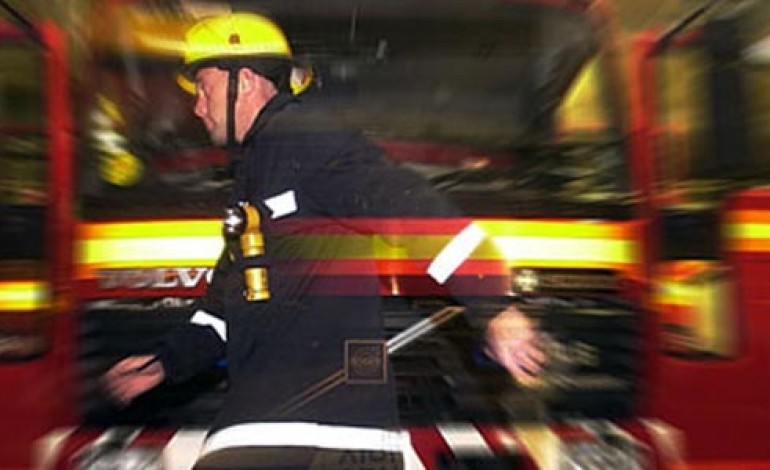 These responses involved all 15 stations across the Service area at some stage between Friday morning (4 December) and Monday morning (7 December).

The Dales area (Stanhope, Barnard Castle and Middleton-in-Teesdale) was particularly badly affected. Flooding incidents and assisting with dangerous structures were the most prevalent incident type, however CDDFRS also attended a wide range of other incidents including: fires, road traffic collisions (RTCs), assisting other agencies and medical emergencies.

In terms of the support provided to other Services, through mutual aid arrangements, a CDDFRS high volume pump (HVP) was deployed on Friday to Cleveland Fire Brigade to assist with a large fire at a waste recycling centre in Hartlepool. A number of CDDFRS crews were deployed to cover stations in Cleveland at the height of this incident.

In addition an HVP subject matter expert has been involved advising Northumberland Fire and Rescue Service about operations in Corbridge. For a time on Saturday (5 December) the CDDFRS HVP crew were stood up in case they were needed for a national deployment to either Northumberland or Cumbria. The Service’s Swift Water Rescue Team from Bishop Auckland has also been asked to be ready for deployment to Cumbria but as yet they have not been requested.

Stuart Errington, acting chief fire officer for CDDFRS, said: “I’m extremely proud of all of the work our crews, control staff and officers have carried out over the weekend. They have, as usual, stood up to the challenges and gone the extra mile to keep the public safe. I hope the government will reflect on the activity levels nationally over the last few days prior to announcing our budget settlement later in the month. I have no doubt that should the sector lose another 30 per cent of its central funding then there will be an impact on the amount of resource available to support national resilience.”

Councillor Michele Hodgson, chair of the County Durham and Darlington Combined Fire Authority said: “We hope that the water levels continue to subside over the coming days and that those people who have been affected by incidents over the weekend are now safe and being well cared for.

“As a fire authority we are happy to support any fire service in the county but we do worry that further budget cuts will mean that in future we may struggle to provide the resources and cover needed.”

Councillor Brian Jones, conservative councillor for Darlington Borough Council and the minority party spokesperson for CDDFRS Combined Fire Authority, said: “Times like these highlight the importance of having the resources in our fire and rescue service to respond to local incidents as well as support our neighbours in the region and fire services further afield.

“I hope that the government will consider the impact that any plans to implement further cuts on fire service budgets may have in relation to the safety of people during incidents such as these.”